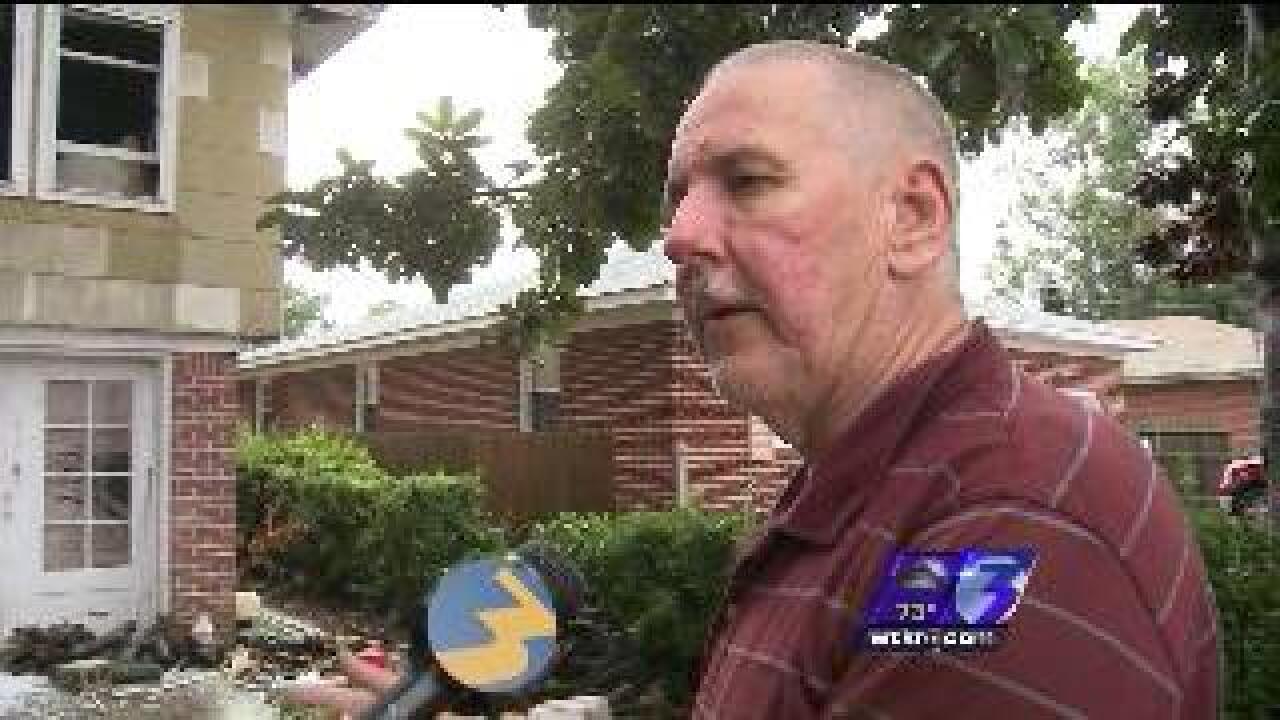 Nesto Backlund looks in a ruined home for small pieces of what's left of his old life. Everything changed this afternoon when his house was hit by lightning.

"I couldn't believe it. The whole center of the house was burned there," Backlund said.

42 years ago, he built it with his father.

"We built it a little bit at a time as we got money we bought more materials, kept putting in it until we got it up there," Backlund said.

Three years of work and four decades of memories were gone in just minutes.

Life has been a struggle for Backlund; he works three part-time jobs, but it's still not enough.

"With all that work, I'm still at the poverty level," Backlund said.

Backlund does not have home insurance. There's no money to rebuild it, and at 62, he no longer has the energy.

"Problem is it's God's will, you know. Maybe something better is coming up," Backlund said.

He says he's just happy it did not burn to the ground. He clings to the hope that there's something inside he can recover.

But the house is now a shell of its old self.

"I want to be able to go in there and get what's left of any possessions I have," Backlund said. "See if my pets are up there."

Backlund is looking for his cat, but also for answers. He can't tell what's ahead.

"You just gotta go on and move on with it. That's the best that you can do," Backlund said.