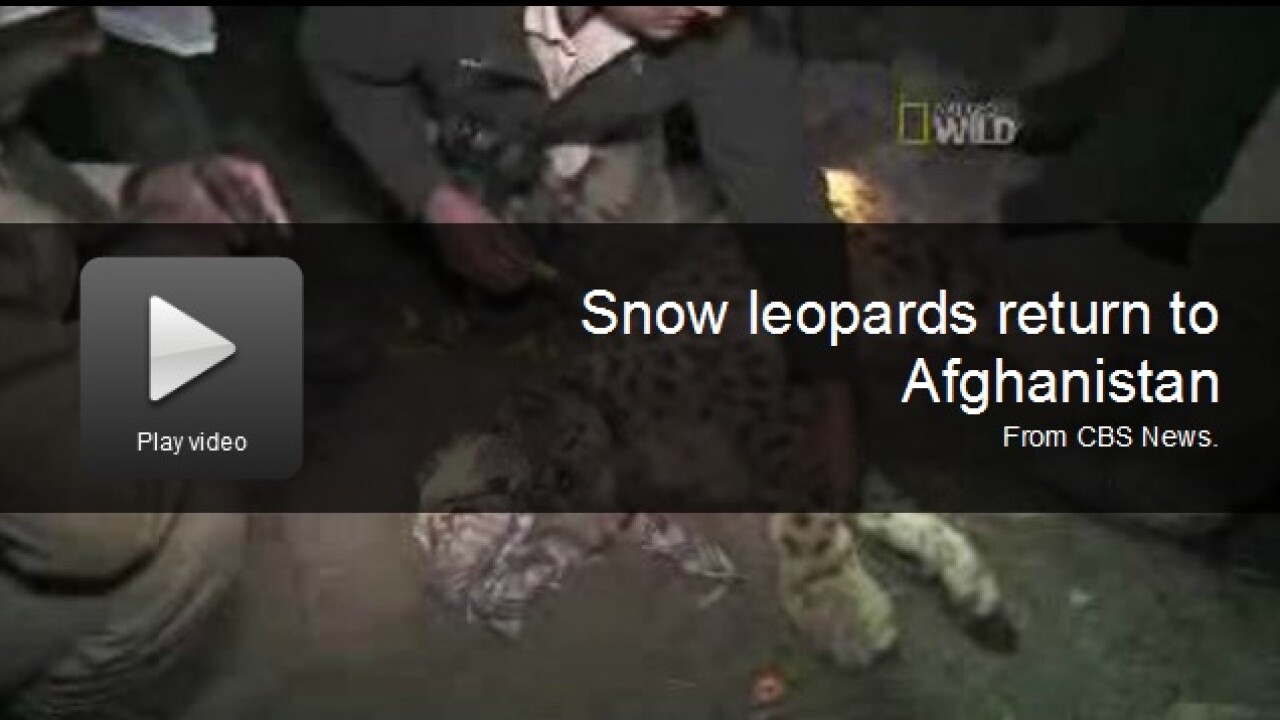 KABUL, Afghanistan (CBS News) – After more than a decade of war, a couple of extremely rare snow leopards have been found in the mountains of Afghanistan.

Video shows new images of some of the most reclusive animals in the world. In fact, it is the first time snow leopard cubs have ever been filmed in their den. The cubs were weighed and tagged so researchers with the group, Panthera, can learn more about the endangered animals.

In fact, Lawson said the snow leopard population has dropped by 20 percent over the past 16 years. The group, based in Afghanistan, hopes that by tagging and tracking adult snow leopards, they can learn more about them — and help the people of Afghanistan at the same time.

The snow leopards live in one of most remote and isolated places on earth, the mountains of the Hindu Kush. And that’s why this endangered species has been mostly unbothered by the 30 years of war that has ravaged the country.

However, there are other threats to Afghanistan’s national animal. Poachers and an illegal cat trade still pose a big problem, and it’s estimated there are less than 8,000 of the cats left worldwide.

In an effort to reverse that trend, conservationists are using satellite collars to tag and track the snow leopards.

And in a country brought low by decades of violence, the snow leopard is rising again.