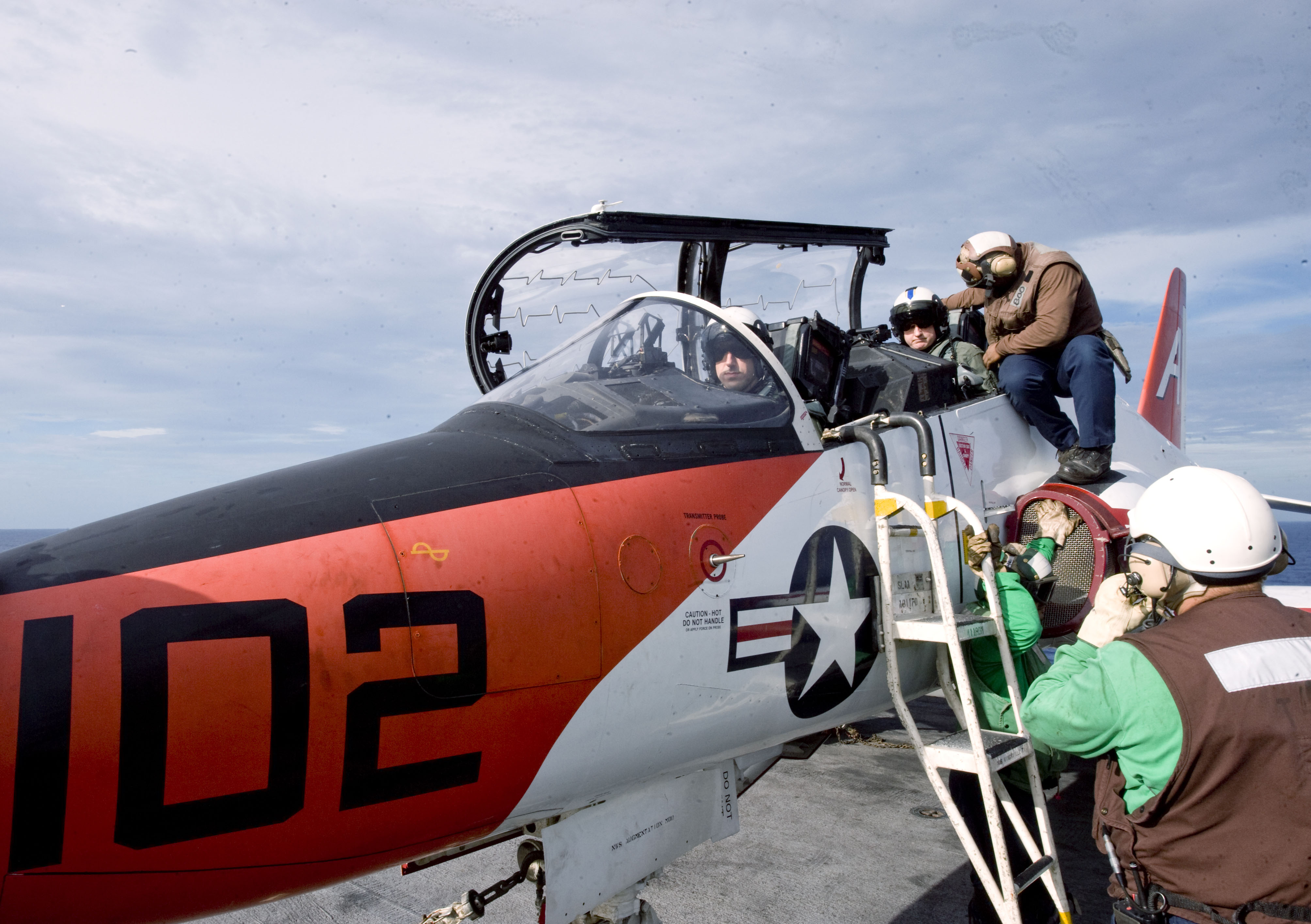 Capt. Dee L. Mewbourne, commanding officer of the aircraft carrier USS Harry S. Truman (CVN 75), took to the skies in a T-45C Goshawk for his last flight from the ship on Aug. 6.

Mewbourne completed four launches and recoveries as part of his final underway aboard Truman.

Although he is an aviator, Mewbourne said that commanding officers only get to fly circumstantially due to their busy schedules.

“It’s a special opportunity we’re given,” Mewbourne said. “We get to sample what we sell and make sure the flight operations we’re conducting are safe and effective. We get a chance to see our people in action. I think it’s also good for morale when the crew gets to see their captain fly.”

Mewbourne assumed command of Truman in November 2011 during the ship’s docking planned incremental availability (DPIA). When Truman left the yards, it supported flight deck certification and carrier qualifications by hosting squadrons from Carrier Air Wings 3 and 8.

Mewbourne said he was glad to be able to see Truman from the air in an operational environment.

“It felt great to see Truman in action. I felt an immense sense of pride in the ship and crew,” said Mewbourne. “When I came here, I knew my mission was to get Truman back to sea. As I saw the carrier doing what it’s designed to do, I felt close to accomplishing my mission.”

Mewbourne flew the T-45C training aircraft assigned to the “Tigers” of training squadron (VT) 9 while they were embarked on Truman conducting carrier qualifications.

Mewbourne, who was designated a Naval flight officer in December 1983, has accumulated more than 3,500 total flight hours in 47 different types of aircraft and more than 1,000 arrested landings on 12 carrier decks.

“We are Naval aviators and we still love to be part of that business because our hearts are in the air,” said Mewbourne. “I’ve been very blessed in my 30-year career to be part of Naval aviation. Whether I landed on one carrier or 12, it’s a distinct honor and privilege.”