Ernesto now a hurricane; Florence weakens to a post-tropical system 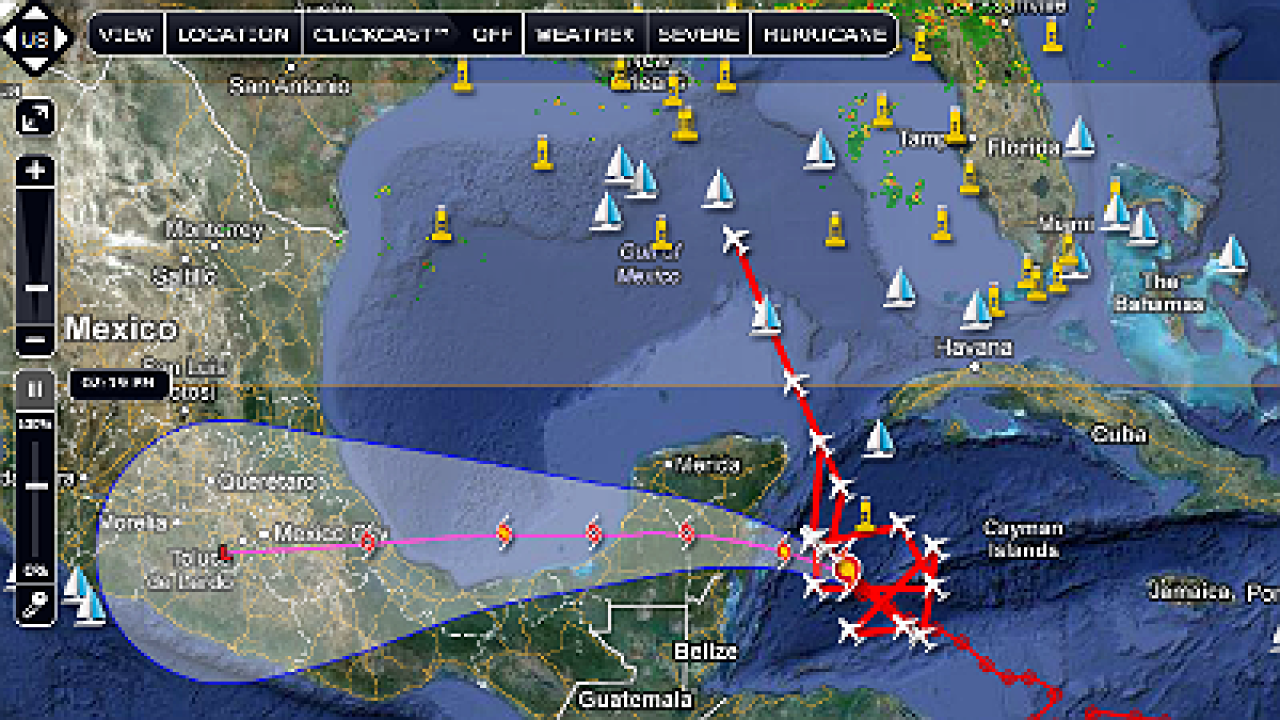 The Category 1 hurricane was forecast to make landfall Tuesday night and could strengthen before it does.

The Mexican government extended a hurricane warning to the island of Cozumel on Tuesday as the storm advanced in the Caribbean.

Belize issued a hurricane warning from Belize City to the border with Mexico. There is a tropical storm warning south of Belize City.

The eye of the storm was expected to cross the east coast of the Yucatan Peninsula on Tuesday night, then move across the peninsula into the Bay of Campeche by Wednesday afternoon or evening.

The storm could cause life-threatening flash floods and mudslides, the hurricane center warned.

Between 3 and 5 inches of rain are expected along the northern coast of Honduras, the hurricane center said. Some mountains might get up to 8 inches.

Belize, the southern Yucatan Peninsula and northern Guatemala may get up to 12 inches of rain in some areas.

Areas of Honduras and the Yucatan Peninsula were under tropical storm warnings.

Ernesto will cause a surge when it reaches the coast, increasing water levels by as much as 2 to 4 feet above normal tide levels in the area near and north of where the storm makes landfall, the hurricane center said.

No coastal watches or warnings were in effect for that storm, which was about 1,515 miles (2,440 kilometers) east of the northern Leeward Islands late Monday morning, the hurricane center said. It was moving west at about 15 mph.

Maximum sustained winds dipped to 35 mph, and further weakening is forecast in the coming days.