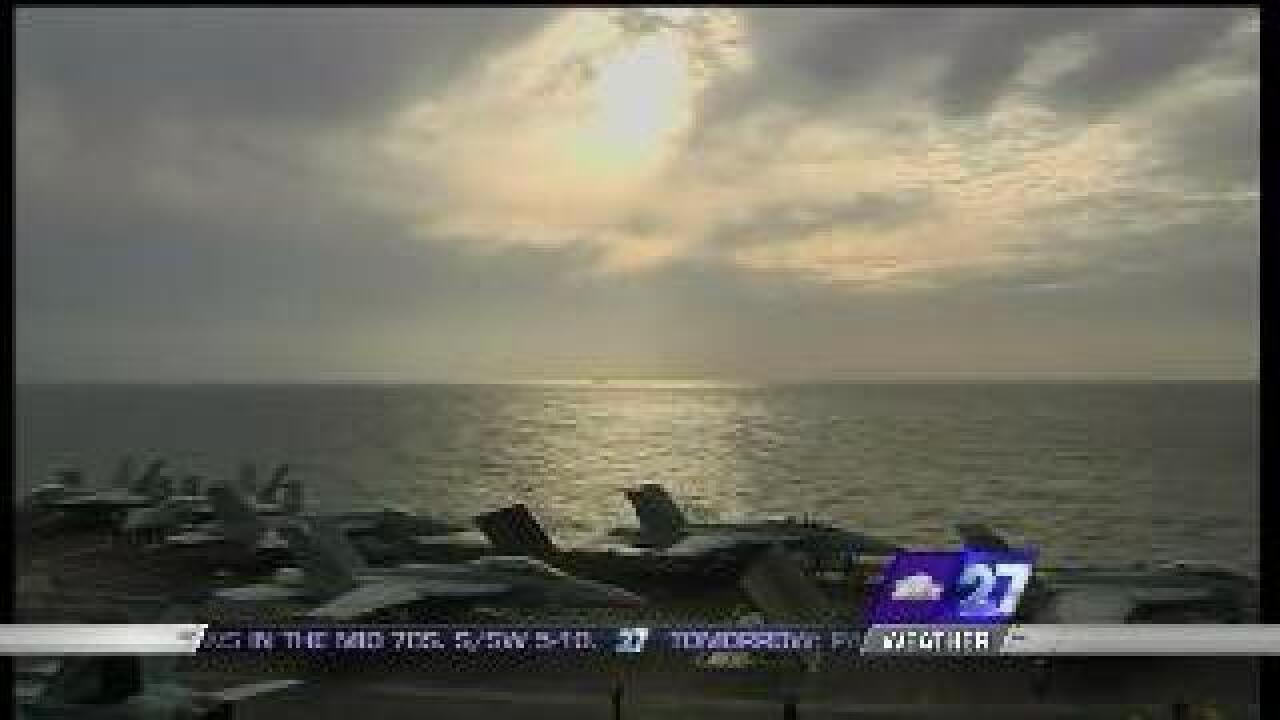 Today, thousands of sailors who left home in Washington state are coming home to Hampton Roads.

The USS Abraham Lincoln is nearing the end of her journey to Naval Station Norfolk. Starting this afternoon, the aircraft carrier will call Norfolk home.

The USS Abraham Lincoln is traveling her last few miles home after an 8 month deployment to the Arabian Sea.

Tension was high for the crew aboard the aircraft carrier with sails through the Strait of Hormuz.

That body of water borders Iran. Iranian officials have told the United States to stay out of the area and have gone as far as to threaten to close it.

Two American ships escorted Abe through the Strait of Hormuz. At one point, an Iranian patrol boat passed the carrier within two miles.

Despite that tension, the USS Abraham Lincoln and her crew are heading to a new home safely today.

Most recently based in Washington, the ship will now call Naval Station Norfolk home.

For the next four years, Lincoln's nuclear reactors will be refueled, her combat and communication systems will be upgraded, and the hull, mechanical, and electrical systems will be overhauled.

On Friday, 10 F/A-18s and their pilots returned home from the same deployment aboard the ship.

They were expecting a five month deployment, but it was extended twice because of a continuing mission in support of Operation Enduring Freedom.