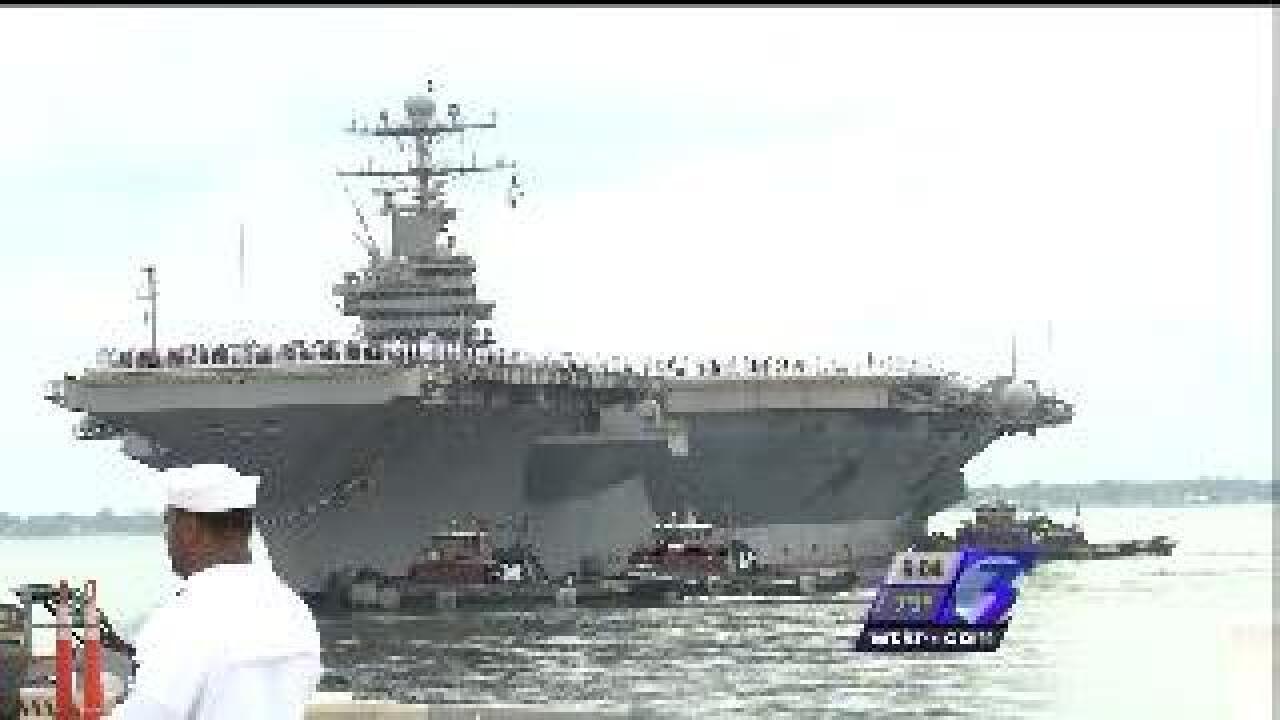 After eight months thousands of sailors aboard the USS Abraham Lincoln are back with loved ones. They participated in combat missions, humanitarian efforts, and training.

But R&R won’t come easy, they all have the task of adjusting to their new homes.

The carrier, which has been based out of Washington State, will now call Norfolk home while she gets a facelift and goes through repairs.

While the crew was away their families spent the time getting settled in.

Crystal Ruiz, a Navy wife, says "This was the first time I had to find the house for us and I had to do the move myself."

A job the Navy says is part of being a military family.

But as soon as the ship pulled into port all of the preparation and hard work was forgotten.

As parents met their children for the first time, loved ones remembered how fortunate they were to have their sailors back in their arms.

The Lincoln will move to the shipyard next February.