Expression ‘OMG’ found in letter from 1917 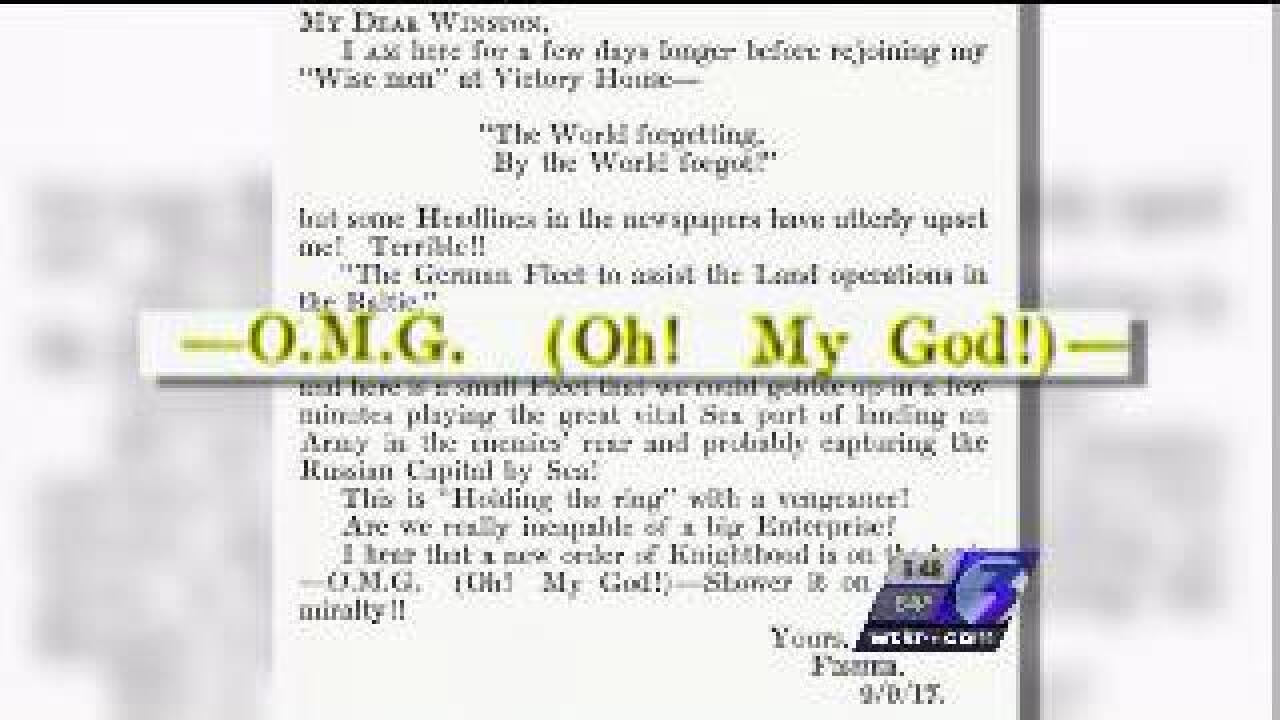 Those three letters used together are often seen in text messages and online.

But the modern day abbreviation of the expression ‘Oh, my God’ is a lot older than you think.

It may have appeared in the English language as early as 1917.

A letter from a British admiral to Winston Churchill reads OMG and has its meaning right beside it.

The admiral was expressing his excitement about a new order of knighthood.