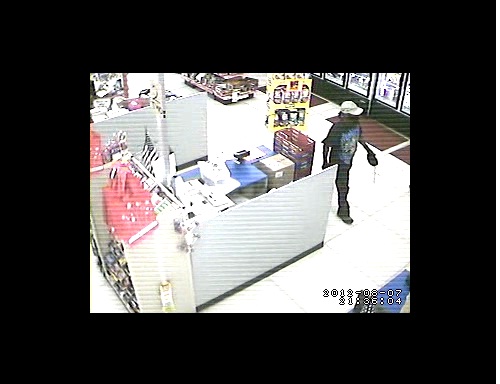 Police in Newport News are searching for a man wanted for robbing a Family Dollar store on Tuesday.

The call came in to emergency crews at 9:42 p.m. Tuesday night. Newport News police officers responded to the Family Dollar Store located at 11712 Jefferson Avenue regarding a robbery at the business.

Police say a black male walked into the store just before closing, briefly displayed a hand gun, and told the clerks to ‘be quiet and everything would be okay’. He demanded money from the safe, drop boxes, and cash registers. The manager complied, putting store cash into a black drawstring bag the suspect provided.

According to officials, the suspect then ordered the two employees and a customer to go to the back of the store into the bathroom. He then left the front of the business and ran away.

A witness outside the business says they saw a male matching the description of the suspect bicycling past a nearby business and then southbound on Jefferson Avenue, riding a BMX style black bicycle – just prior to police arrival.

The suspect is described as a black male, about 5’7, 35-45 years old, with a muscular build, and medium complexion. Police say he was wearing a light tan cap, black ‘fuzzy’ fake beard, black short-sleeved t-shirt with large blue lettering and tan design on front, black pants, black gloves, and brown and black boots.

Anyone with information about this robbery is asked to call the Crime Line at 1-888-LOCK-U-UP.