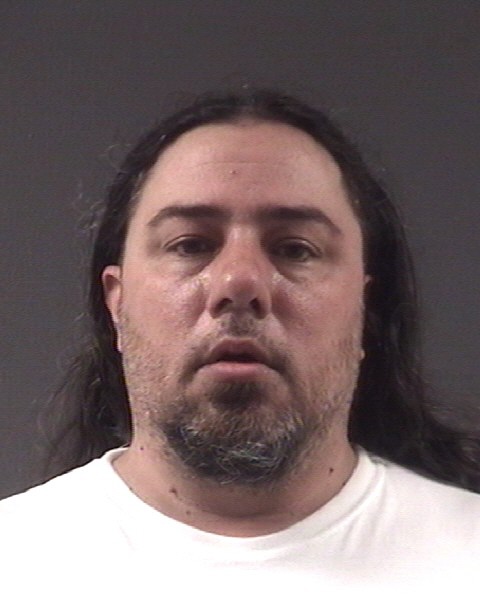 The Portsmouth Police Departments, Fugitive Apprehension Unit was successful in a seven day warrant sweep of the city.

The operation began on July 31, 2012 focusing on violent offenders. With the assistance of the United States Marshals Service, Chesapeake Police, and Virginia Beach Police, seven adults and one juvenile were taken into custody without incident.

Included in the group of arrested individuals was 50-year-old Wendell Antoine Jones of the 50 block of Grand Street, Portsmouth. He was taken into custody on August 2, 2012, and served with twenty-seven (27) felony indictments related to a commercial robbery at J&L Tire & Rims, located in the 3700 block of Victory Boulevard, Portsmouth.

The robbery happened back in November 2011. Two suspects entered the business armed with a shotgun and a handgun. The two left the business in a black Jaguar after demanding and taking money. Numerous employees and customers were placed on the floor during the robbery. In March 2012, 38-year-old Samuel Demetrius Boone was also charged and arrested.

Both Boone and Jones are facing robbery, use of a firearm in the commission of a felony, abduction and possession of firearm by felon charges. Detectives were able to find and recover a shotgun, and several items linking the two to the robbery. The Jaguar is registered to Wendell Jones.

During the fugitive round-up, 28-year-old Jovonus Kareem Murphy of the 5600 block of Picadilly Lane was arrested after Officers and Detectives found him hiding in the attic of a home. The home owner consented to a search after Murphy refused to surrender to police.

Neil Alexander Shull, age 44, of the 800 block of City Park Avenue, was taken into custody on charges of malicious wounding. Warrants were secured after an incident on July 1, 2012 in the first block of Chippewa Trail, Portsmouth. A 37-year-old male victim reported he was pushed from his wheelchair during a dispute with Shull. The victim sustained injuries to include broken bones.

On August 7, 2012, 20-year-old Lakim Teshaon Clarke, of the 40 block of Channing Avenue, was taken into custody on charges of burglary and grand larceny. He allegedly, on two separate occasions, went to the same victim’s home and took money.

On July 18, 2012 Clarke was hired by the victim to cut grass. Money was taken from the victim’s wallet after the victim allowed the suspect to go into his home and use the bathroom. On July 26, 2012, the victim was startled from sleep in the middle of the night to the suspect standing in his bedroom. The suspect ran away after being seen by the victim.

Officers arrested a 16-year-old male wanted in Virginia Beach on several petitions of burglary, grand larceny, and larceny of a firearm. He was also wanted on an outstanding detention order. He was found in the 2300 block of Victory Boulevard hiding in a home belonging to a family member. Officers spoke with the teen for approximately an hour trying to get him to come out of the home. He surrendered to Police after talking to his mother on the phone. At the time of his arrest, Portsmouth Property Crimes Detectives had evidence linking him to numerous burglaries in the city of Portsmouth. He is pending additional charges. His identity is not being released due to his age.

Three additional arrests were made during the operation. The United States Marshals Service had information that a male suspect who was wanted in Washington D.C. was in Portsmouth. That individual was not found, however, Darryl Harrison, was found at the location. He was taken into custody by the Marshals after being found in possession of two firearms, and previously being convicted of a felony. Both firearms were seized.

Don Paschell, wanted in North Carolina for attempted first degree murder, malicious wounding and use of a firearm in the commission of a felony was taken into custody after Marshals and Officers observed him in a back yard of a home in Portsmouth shooting an air soft rifle. He attempted to run away, but was unsuccessful. He is being held by the Marshals, pending extradition to North Carolina.

Phillip Thomas, wanted in Chesapeake, for grand larceny and larceny of a firearm, was hiding in a home in Portsmouth. He was taken into custody in the 700 block of Windsor Road, Portsmouth without incident.

Operations such as this will continue in an effort to reduce crime in Portsmouth, officials say. The success of these high risk arrests were made possible with the assistance of the Portsmouth Special Investigative Unit, Neighborhood Impact Officers, Uniform Patrol, the United States Marshals Service, the Chesapeake Police Department and the Virginia Beach Police Department.

Watch NewsChannel 3 First at Four for updates, and for more information.