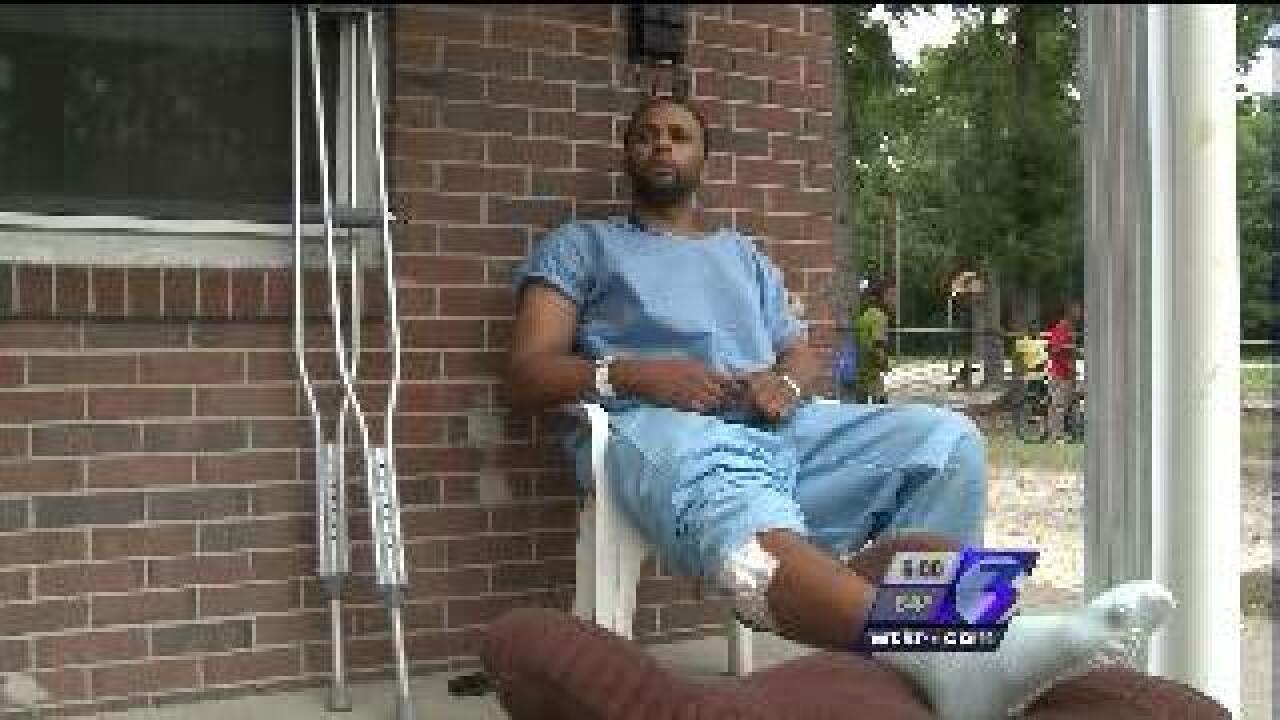 A drive-by shooting in Chesapeake early Wednesday sent two people to the hospital – a young man and a 17-year-old girl.

Both victims told NewsChannel 3 they have no idea who shot them, or why.

According to police, they were sitting on a porch at a home on Acorn Street – that’s in the Broadlawn Park community.

A car with four or five men inside pulled up around 1 a.m. and they started shooting.

Johnathan Neal was hit twice in his leg.

"We were on the porch just talking about shoes and listening to music.  The next thing you know, a car pulled up.  They didn't even stop. They just rolled past and started shooting,” said Neal.

Neal had just gotten off his shift at an area restaurant where he works as a cook.

“I love to cook food for people.  I love working. I’m mad I can’t go to work today,” said Neal.

Now, he’s temporarily out of work, with medical bills and a one-year-old baby to support.

He had just started the job about a month and a half ago.

The other victim was a 17-year-old girl who asked not to be identified.  She was also shot in her leg.  The bullet is still lodged in her calf muscle.

She had just stepped outside for a few minutes when the men pulled up.

“They didn’t say nothing. They just took off.  That was the scary part about it. I have no idea who it was or who it could be,” she said.

Both of the victims were released from the hospital Wednesday morning and say they’re doing ok.

The car the suspects were driving is described as a gold, four-door, mid-sized vehicle.

If you have any information about who the suspects are, take action and call the Crime Line at 1-888-LOCK-U-UP.