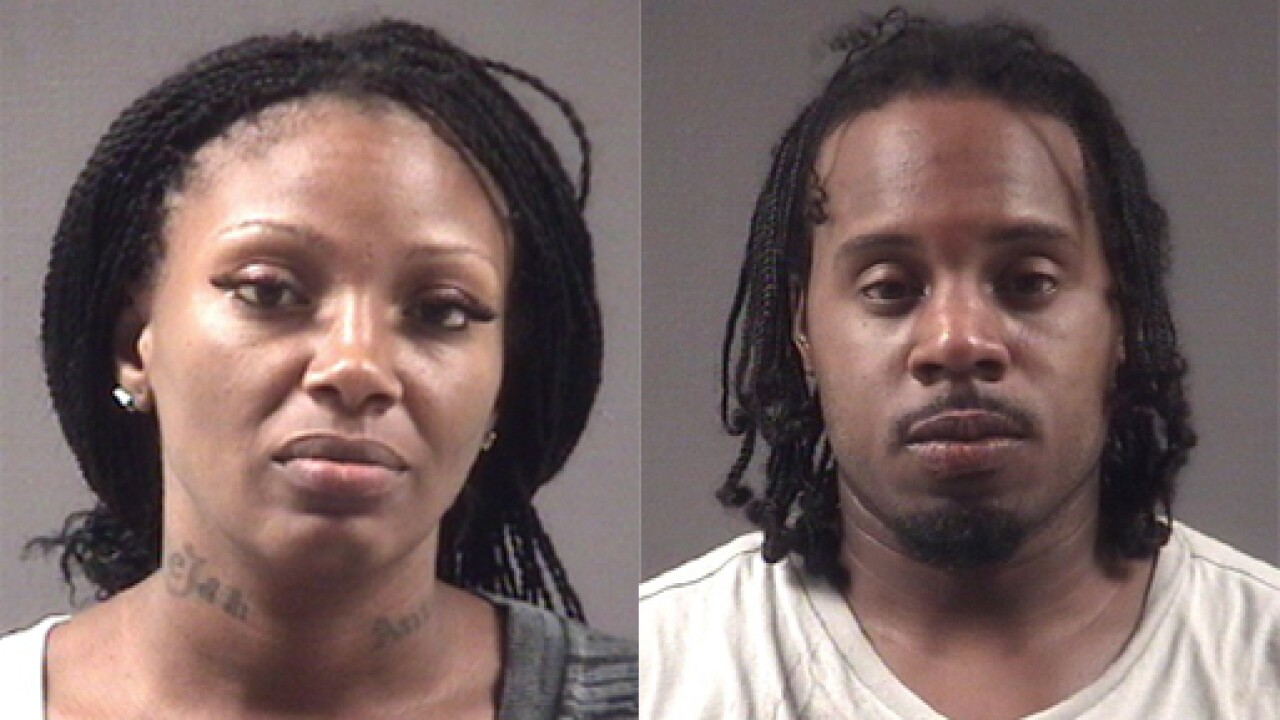 Two people have been charged after police say they were allegedly tampering with vehicles in the Cradock section of Portsmouth on August 8th, 2012.

They say an officer who was on patrol saw two people engaging in suspicious activity in the 10 block of Emmons Place. They say the individuals were pulling on vehicle door handles and used the light from their cell phones to look into the vehicles. They say four vehicles were tampered with within the area.

Officers attempted to stop the two suspects. Police say during the attempt, the two got into a brown Honda and drove away from the area. Police initiated a traffic stop and they say a male jumped out of the car and ran. He was captured a short distance away. The woman, who was the owner of the car, was taken into custody.

The female suspect has been identified as Courtney Olivia Pitts, 29, of the 5600 block of Darby Close. She has been charged with four counts of tampering with vehicles. Police say during the time of her arrest, they found marijuana and she now faces an additional charge for possession.

The second suspect is Lamont Donte Brown, 31, of the 3400 block of Dartmouth Street. He has been charged with eluding police and driving while revoked. He also faces four tampering with vehicles charges.

Police say all four vehicles were locked which prevented the suspects from taking items. They are advising citizens to keep their car doors locked and to make sure that valuables are not visible.