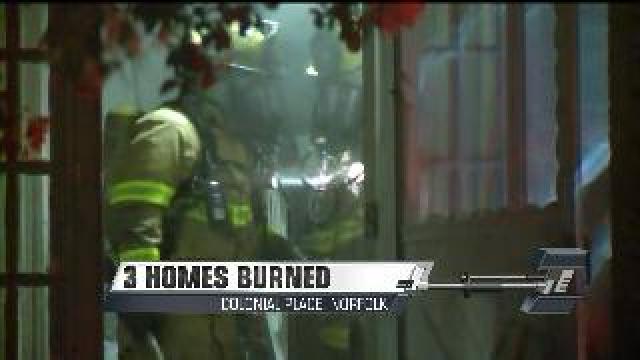 The fire started a little after 3:30 a.m. in a home on the 500 block of Maryland Avenue, and spread to a neighboring home. A third home also suffered heat damage, police say.

The man who lives in the first house tells NewsChannel 3 he had just gone to bed when he smelled smoke.  He didn't even have time to grab his clothes or his phone.  A neighbor called 911.

Firefighters say smoke and flames were shooting from one house when they arrived.  While flames had started the second house on fire, firefighters quickly got the fire under control, and stopped any more houses from catching fire.

30 firefighters battled to save the homes, but at one point, the heat became too much.

Officials say one firefighter has been hospitalized for heat exhaustion.

The fire is still under investigation.