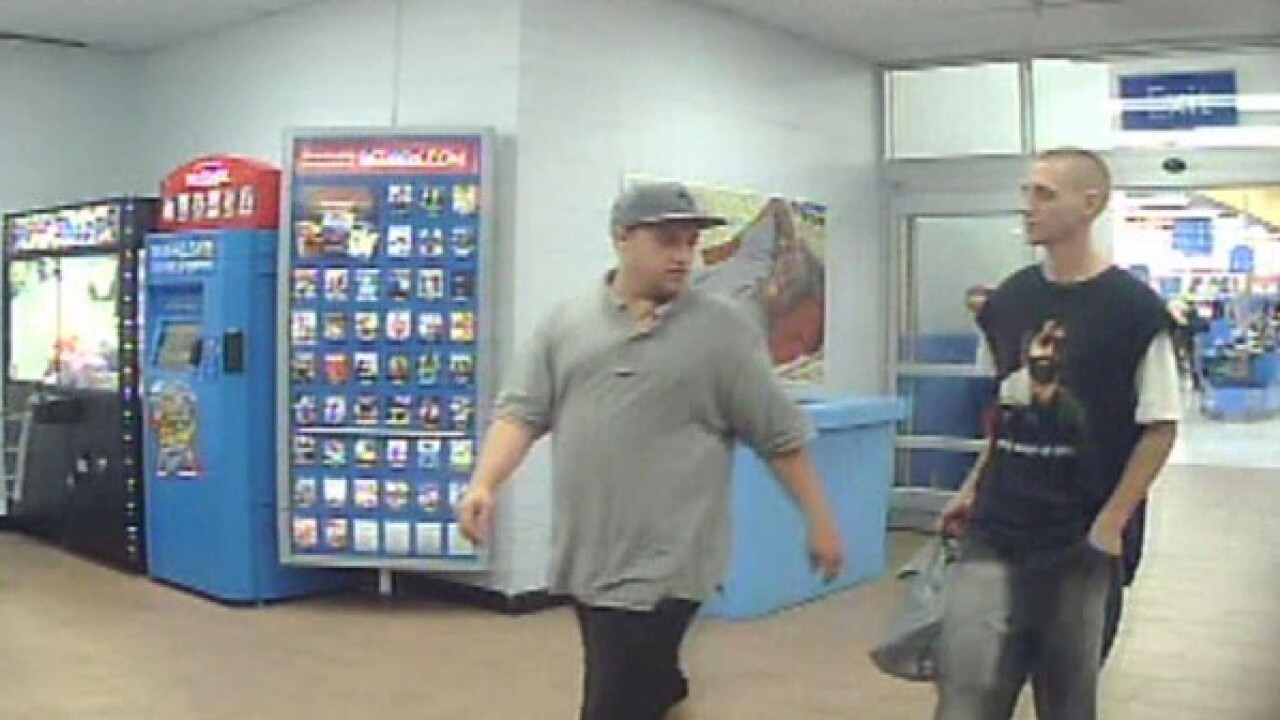 Newport News police need your help to identify two suspects accused of robbing a man in the area of 11 Bruton Avenue on August 5th.

A 32-year-old Yorktown man told police he was walking to his vehicle when he was approached by two unknown white men.

He says one of the men asked for a lighter then the other suspect hit him in the back of the head with a hard object.

The victim fell to the ground where the suspects punched and kicked him before taking his wallet containing credit cards police say.

They say the suspects then fled in a white 4-door Sedan, possibly a 90’s model Ford Escort.

Police say between 1:00 and  4:30 a.m., the victim’s credit cards were used to make purchases at several local businesses.

At about  4 a.m., police say two white males matching the descriptions of the suspects, made purchases on the victim’s credit card at the Walmart on 1900 Cunningham Dr. in Hampton.