Rain, clouds could dampen your view of the Perseid Meteor Shower this weekend 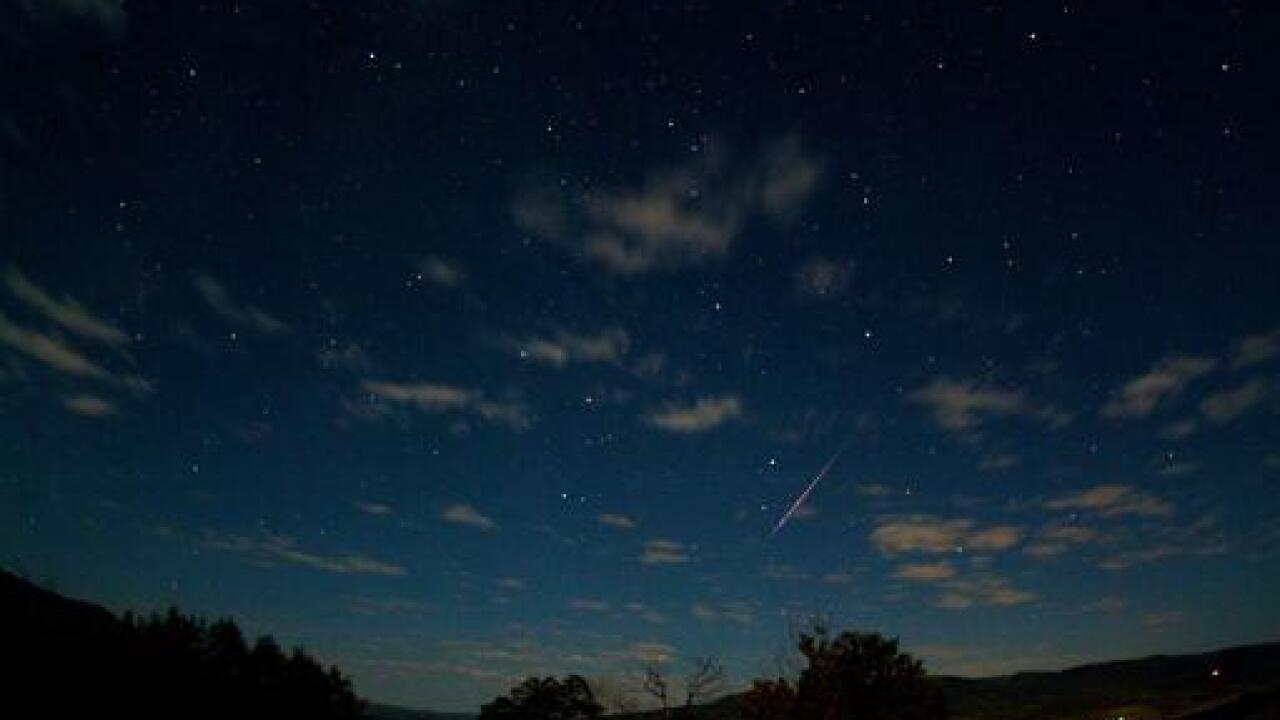 The Perseid Meteor Shower is expected to light up the night sky in most areas across the country this weekend. However, clouds and a chance of showers could make it difficult for a lot of us here in Hampton Roads to see it.

The Perseids are active from July 23rd through August 22nd, but the meteor shower peaks this year on the night of Saturday, August 11th and the early morning of Sunday, August 12th.  According to EarthSky.org, most people consider the Perseids to be the year’s best meteor shower, producing up to 50 or more meteors per hour during its peak.  They are fast, bright and colorful, and they typically leave a trail as they fall through the Earth’s atmosphere.  Spacedex.com says that the Perseids have been observed for nearly 2,000 years.  The website also says that meteor showers are named after their radiant point, or the point in the sky where the meteors appear to come from.  In fact, the Perseids are named after the constellation Perseus.

Unfortunately, the weekend forecast across Hampton Roads includes clouds and a chance of showers, which could obstruct our view of the meteor shower.  However, if you are still interested in seeing the show, it’s best to travel west away from Hampton Roads.  Also, make sure you get away from a city.  Find a dark place away from city lights to improve your view of the meteors.  Experts recommend that you look halfway up the sky facing northeast the night of August 11th.  You are more likely to see a better show than looking directly at the sky.  Have fun!