Former Navy SEAL who died of ALS laid to rest 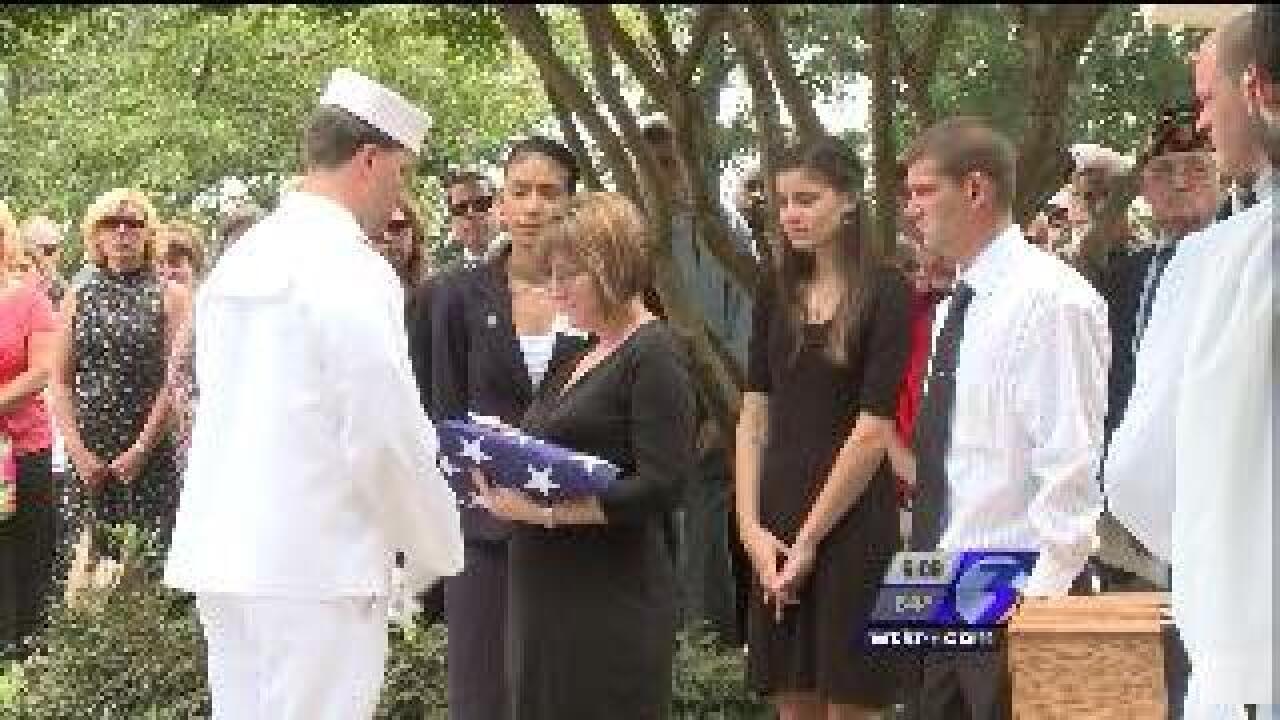 Mike Oyer, an original member of SEAL Team Six, was laid to rest Friday afternoon after losing his battle to ALS Sunday night.

"He was the best man I've ever known," said his son, Zachary Oyer.

Hundreds of people paid their respects at St. John the Apostle Church in Virginia Beach Friday afternoon.  A group of sailors performed a military gun salute after the service.

NewsChannel 3 began documenting Oyer's battle against the disease in 2009, two years after he was diagnosed.  Oyer's family and friends became well-known advocates and fundraisers for the ALS Association.  In lieu of flowers, the family is asking people to donate to the ALS Association and participate in the Walk to Defeat ALS in September.

Mike Oyer at the ALS Walk

Family and friends help Mike Oyer in his battle against ALS