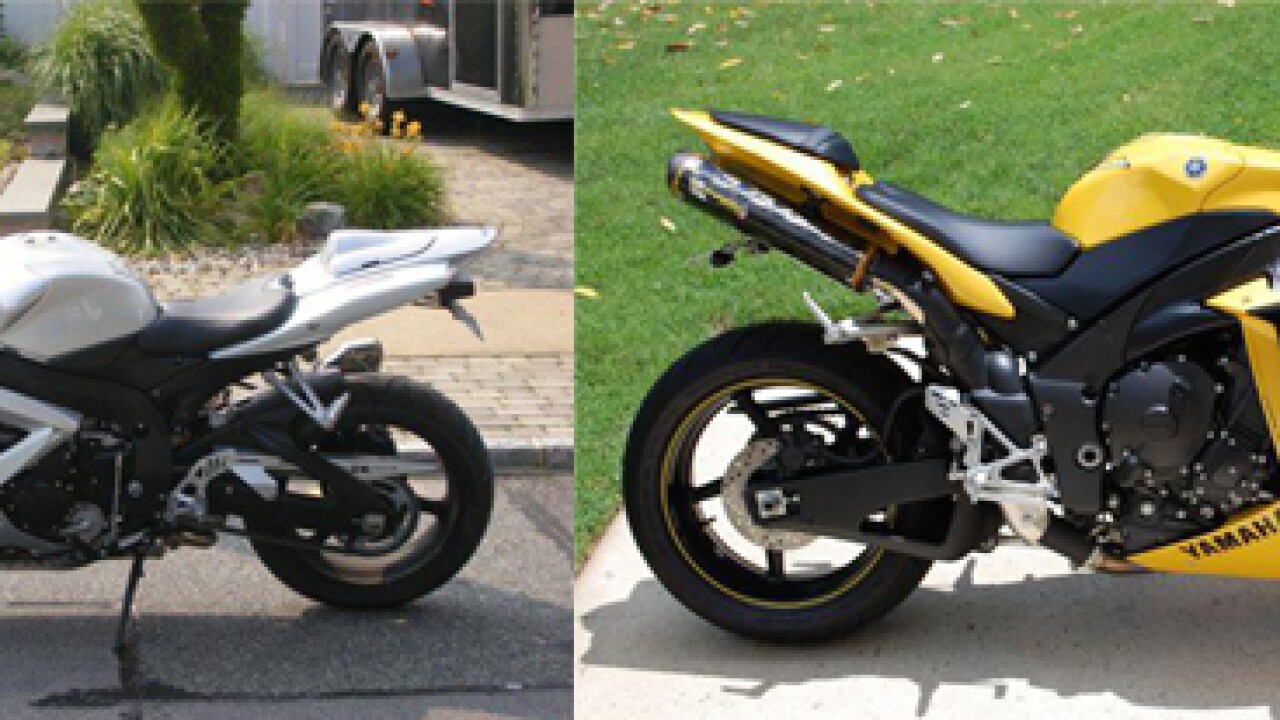 Beach police are investigating the theft of two motorcycles that occurred between Sunday, August 5 and Monday, August 6.

They say the theft happened between 10:00 p.m. and 6:00 a.m.  In both cases the motorcycles were taken from parking lots of apartment complexes.

The motorcycle is described as a 2006 silver and white Suzuki.

Investigators believe a vehicle was used to steal the motorcycles and someone may have seen them in the bed of a truck.

If you know anything that could help police solve this case, please call the Crime Line at 1-888-LOCK-U-UP.