Three arrested for alleged theft from vehicles in Virginia Beach 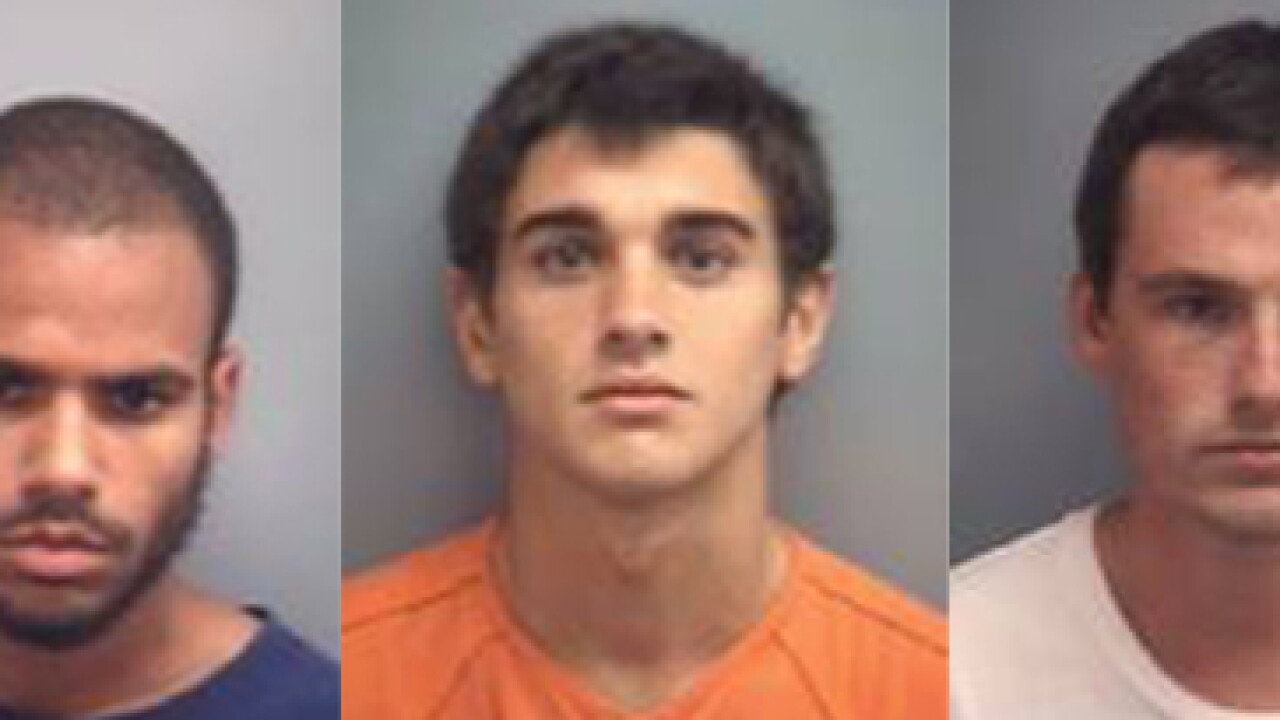 Police say they have arrested three people who have been accused of taking items from vehicles.

They say on Monday, August 6, 2012, at around 4:30 a.m., police received a call for a possible auto tampering in the Heritage Park neighborhood.

Officers arrived on the scene and stopped a vehicle leaving the neighborhood with three suspects inside.

During their investigation, they recovered items inside the vehicle that police say did not belong to the occupants.

All three suspects were transported to the Detective Bureau and a 2002 Lexus sedan was seized.

Some recovered property has not been reported missing by the owners.

If you live in these neighborhoods and you have items missing from your vehicle please contact Detective Denise Fortin at 385-4377.

Police say there have been at least 22 reported cases regarding this larceny spree.

They expect more reports and additional charges are now pending.

This case is still under investigation.