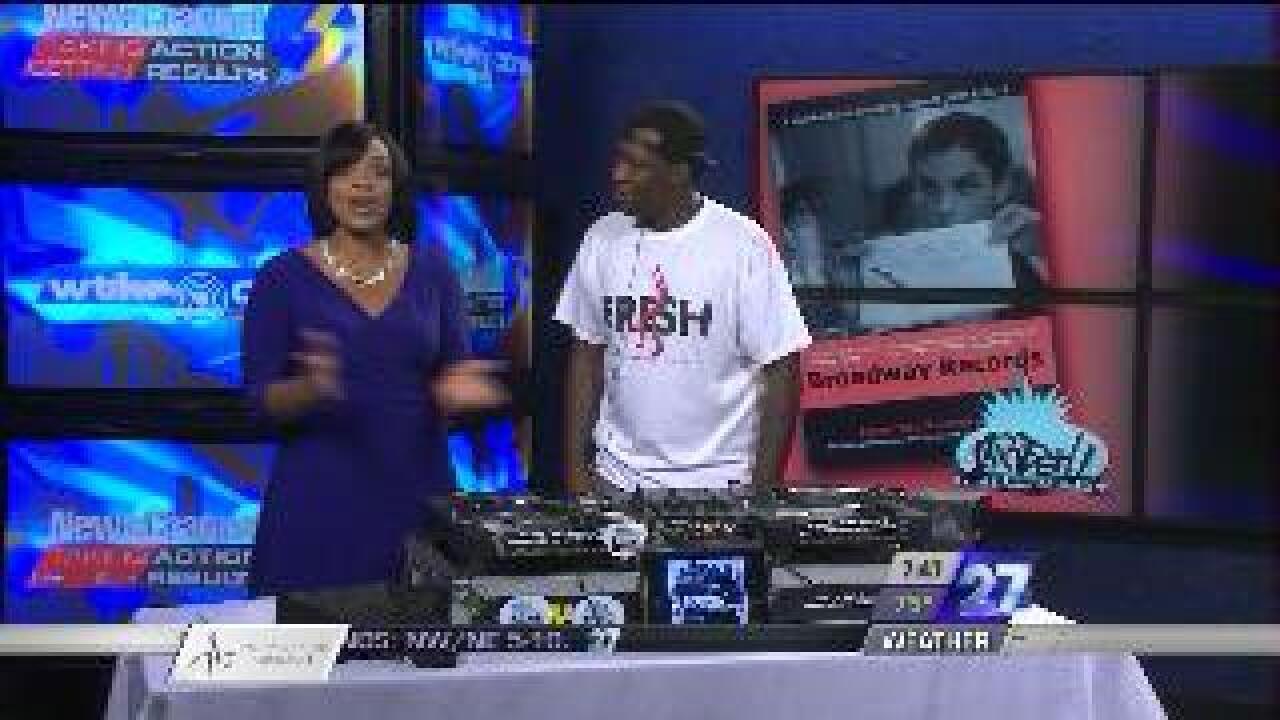 Save the Soul of Broadway Records/DJ Bee -

DJ Bee is helping with a campaign to keep a small record store open. The store still sells vinyl records, which local DJs use.

There is a community event this weekend at the store to raise money, and the store is selling records for $1.

Here is what you need to know:

Save the Soul of Broadway Records – Broadway Records has been serving the Portsmouth community for 21 years from its location on George Washington Hwy. But after all these years declining sales in records and CDs is forcing Ernie Borges, the proprietor of Broadway Records, to announce he will be closing his doors at the end of September, 2012.

On Saturday, August 4, and 18, 2012, from 2-5 p.m., Fresh Radio and DJ Bee will be broadcasting live from Broadway Records located at 5013 George Washington Hwy Portsmouth, VA 23702 in an attempt to help Broadway Records stay open. All records will be $1.

Broadway Records sells vinyl records and has an extensive collection of hard to find Rock and Roll, Soul, Jazz, Hip Hop and more in his store. You can also find CDs, Movies and Magazines also.

Like many other small businesses, Broadway Records is finding it hard to compete with big box retailers like Wal Mart, Target and Best Buy and online sites such as Amazon and ITunes.

Nielsen Soundscan is a tracking system that monitors the sales of music and music video products throughout the United States and Canada. In a recent report detailing the Album Sales it was noted that there were more sales of Catalog Album sales then new album sales. Even with the increase in “older” music sales this does not equate to increased revenue for small record stores like Broadway Records.

For many DJs that still play and collect vinyl records the thought of Broadway Records leaving the area is heart breaking.

“There is a special feeling I get when I walk into Broadway Records, it’s hard to describe” stated DJ Bee of Fresh Radio.

“Without Broadway Records I have to purchase vinyl records online or sort thru records at a thrift store. At Broadway Records the customer service, one on one personal attention and the music knowledge of Ernie the owner cannot be replaced. I can walk in and describe an album cover or name a song I am looking for and Ernie can point be in the right direction”.

DJ Bee is hoping that this event will introduce Broadway Records to other collectors of vinyl records and increase the stores revenue so that it can stay open and continue to serve the community. Collecting vinyl records is making a comeback in Metropolitan areas and overseas. Some 45’s are selling for as much as $35 online. There are many DJs that still spin vinyl records.

Save the Soul of Broadway