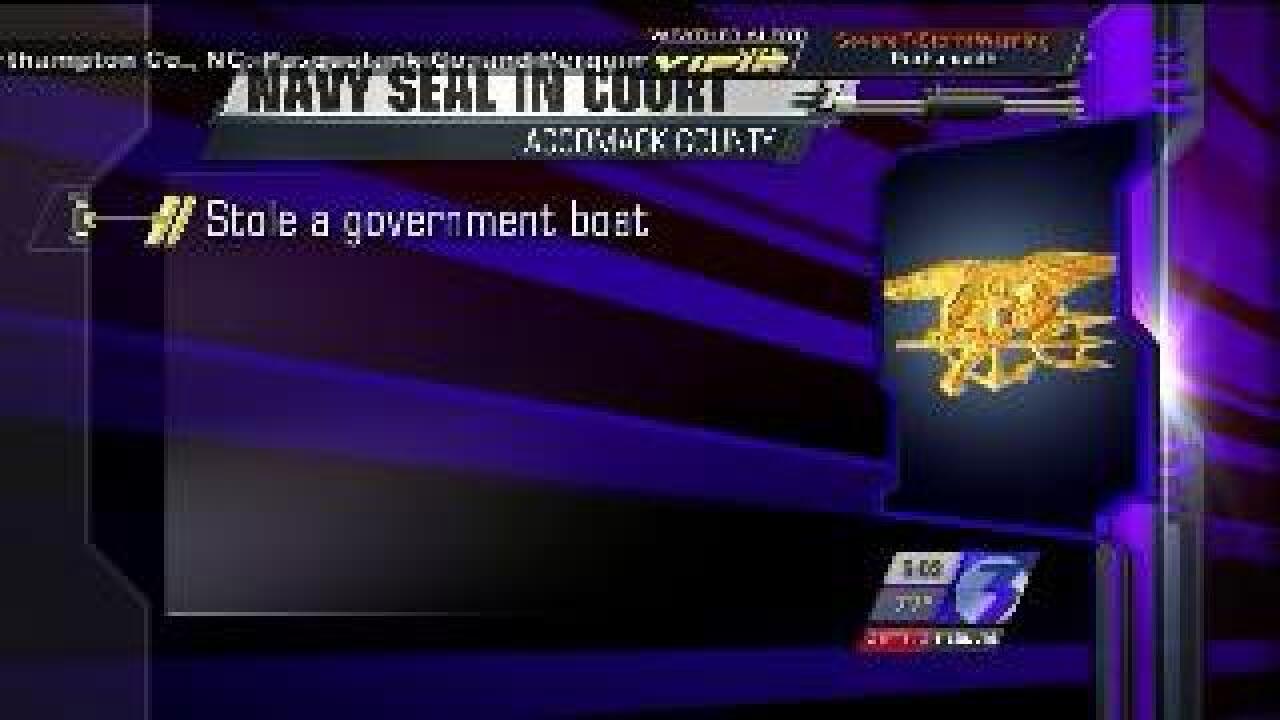 A local Navy SEAL admitted in Accomack County Court that he stole a police boat. Even though the sailor pleaded guilty, a judge has not found him guilty yet.

The lieutenant junior grade, a man named Phillip Wynkoop, admitted to the felony, but the judge has delayed his decision on a verdict until he sees a background check on the SEAL.

According to the court file and the commonwealth's attorney, Wyncoop stole a boat belonging to the Virginia Marine Resources Commission. He simply hooked it up to his truck and towed it to Virginia Beach.

Then, he parked it at the Little Creek base where he is stationed with SEAL Team 2. That's where state police caught up with him.

He pleaded guilty in Accomack to felony theft.

But the judge did not find him guilty. He's putting off a decision on the verdict.