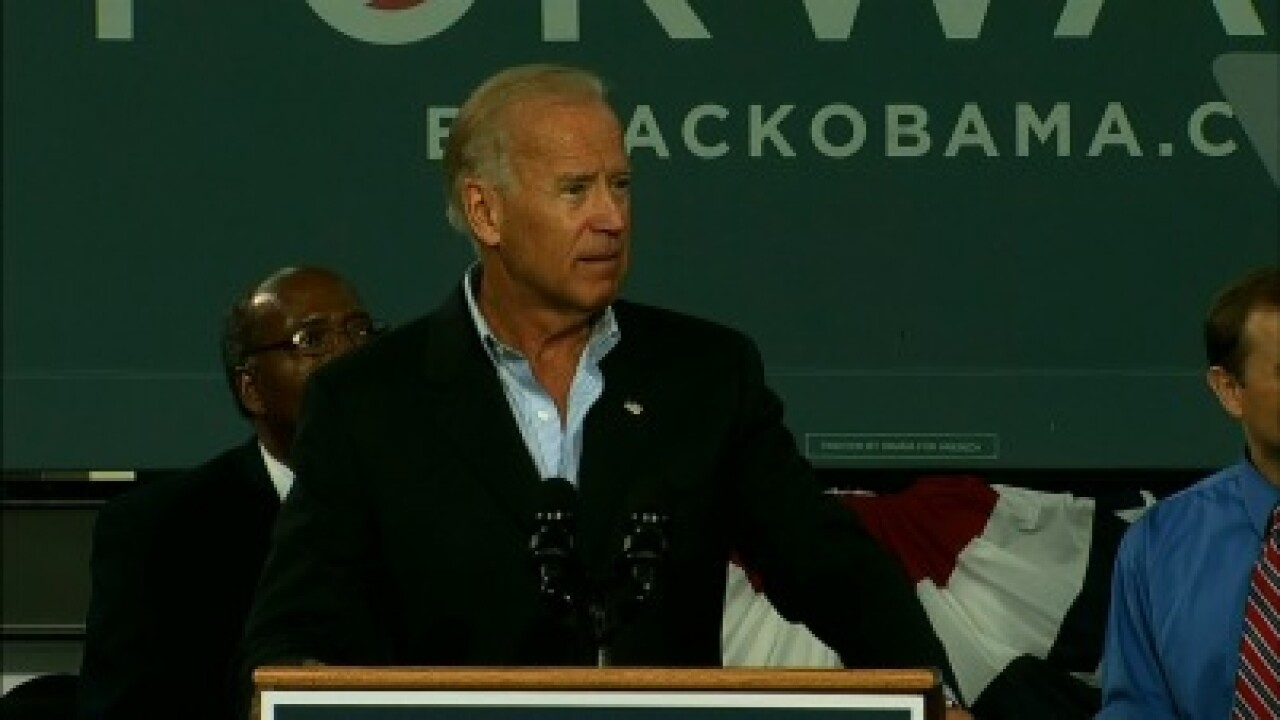 (CNN) — President Obama and Newark Mayor Cory Booker defended a controversial remark made by Joe Biden on Tuesday, affirming their support of the vice president in interviews Wednesday and urging the remarks to be taken in context.

Obama told People Magazine that Biden’s remarks meant “you, consumers, the American people, will be a lot worse off if we repeal these (Wall Street reform) laws, as the other side is suggesting.”

Obama continued, “In no sense was he trying to connote something other than that.”

“Joe Biden has been an outstanding vice president,” said Obama. “He is passionate about what’s happening in middle-class families.”

Booker also defended Biden in an interview with CNN on Wednesday, asking people to consider the vice president’s full remarks.

Biden made the contentious remarks while referring to what he suggested are Mitt Romney’s policies to deregulate Wall Street.

“(Romney) is going to let the big banks once again write their own rules, unchain Wall Street,” Biden said at a campaign event in Virginia. “He is going to put y’all back in chains.”

The president’s defense came at the end of a three-day swing through Iowa.

“The truth is that during the course of these campaigns, folks like to get obsessed with how something was phrased even if everybody personally understands that’s not how it was meant,” Obama said while campaigning in Dubuque. “That’s sort of the nature of modern campaigns and modern coverage of campaigns. But I tell you, when I’m traveling around Iowa, that’s not what’s on people’s minds.

Following a barrage of criticism pointing to racial undertones, Biden has since clarified his comments, saying that Republicans originally used the word “unshackled” when referring to Rep. Paul Ryan’s budget proposal.

“The last time these guys unshackled the economy, to use their term, they put the middle class in shackles. That’s how we got where we are,” Biden said.