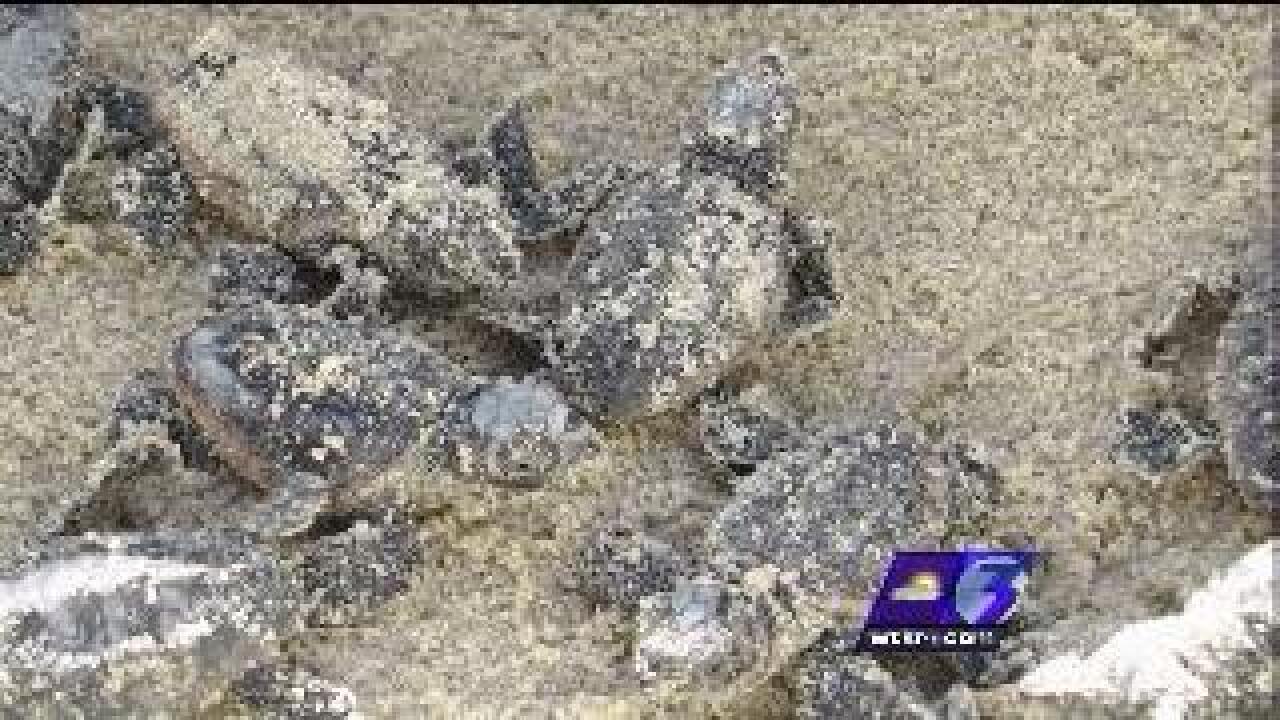 A record number of sea turtles have made nests in Virginia Beach this year and now those eggs are starting to hatch.

11 nests have been discovered on the beaches of Virginia Beach, including one of a Kemp's Ridley sea turtle on Dam Neck.

The Kemp's Ridley ordinarily sticks to the Gulf Coast and its nest in Virginia Beach was the furthest north ever recorded.

73 turtles emerged from the Kemp's Ridley nest on Tuesday.

6 nests have been moved to the sea turtle nursery at the the Back Bay National Wildlife Refuge because they were found on beaches with high foot traffic where they could be disrupted.

Another 5 remain in place on the beaches where they are closely monitored.

At the nursery, one nest has hatched, with the young emerging on August 5.

Early Friday morning, one turtle emerged from another nest at the nursery and biologists expect more to emerge tonight.

"For them to come out when the sun is very high would risk raising their body temperatures to a dangerous level and also risk drying them out before they reached the ocean," explained Back Bay National Wildlife Refuge Senior Biologist John Gallegos.

The nest where one turtle emerged Friday morning contains 134 eggs, the largest of the nests in the nursery.