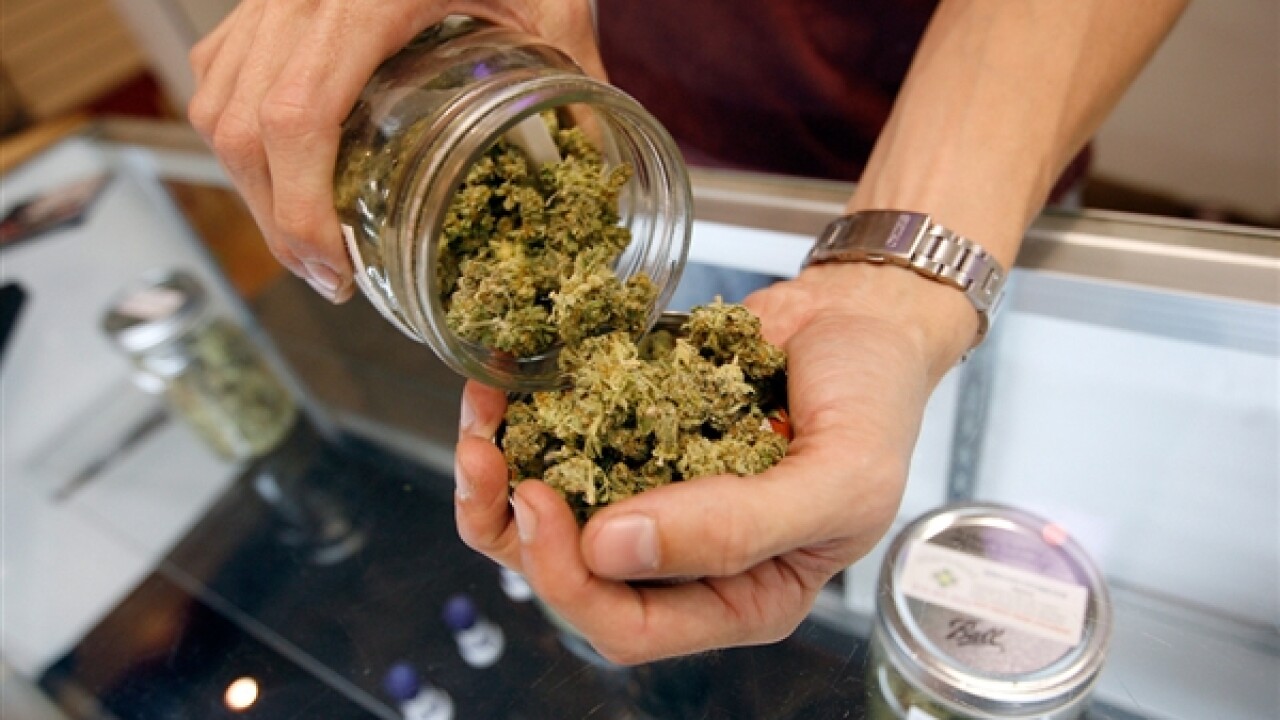 A medical marijuana trade group sued the city of Los Angeles Friday, seeking to stop officials from enforcing a new ban designed to shut down more than 1,000 pot dispensaries.

The Patient Care Alliance, Los Angeles, or PCA-LA, announced that it filed a lawsuit Friday seeking an injunction against a controversial ordinance approved by the city council last month that supporters said was needed to grapple with the proliferation of marijuana dispensaries.

“The city council’s actions are not only reckless, heartless and pointless, they’re just plain stupid,” said Marc O’Hara of PCA-LA. “The city knows that it will never be able to successfully defend this lawsuit.”

It comes the same week that the city sent out letters to 1,046 locations where medical marijuana dispensaries are thought to be operating, according to the office of City Attorney Carmen Trutanich. The letter — sent to 1,774 business and property owners, according to the city — is cited in the lawsuit.

The new city ordinance affects any “medical marijuana business,” which is defined as “Any location where marijuana is cultivated, processed, distributed, delivered or given away to a qualified patient, a person with an identification card, or a primary caregiver,” the letter states.

“Continuance of a medical marijuana business at this location may subject you to legal action resulting in a court ordered closure and imposition of monetary penalties of $2,500 a day, as well as prosecution for a misdemeanor, punishable by six months in jail and a $1,000.00 fine,” the letter states. “Each day that the property is used in violation of city law is a separate violation.”

The city attorney’s office said in a statement that the letter “is not part of any enforcement scheme,” noting it advises business owners to consult with their attorneys.

The city’s ordinance, approved unanimously after many hours of debate before a packed council chamber on July 24, generated lawsuit threats immediately.

Medical marijuana advocates also vowed to put a referendum on the ballot asking voters to halt enforcement of the ban until a forthcoming California Supreme Court decision is issued clarifying pot-shop regulation. Many dispensaries in the city have in recent weeks been gathering signatures for the ballot measure.

When the ordinance passed, city officials said Los Angeles had 762 registered dispensaries. The list of 1,046 locations that received letters this week were compiled from several sources, the city attorney’s office said, adding that the locations had not been verified.

At the same time it approved its ban, the council also passed a measure asking city attorneys to study and draw up plans to allow 182 pot shops — ones that registered with the city under a 2007 ordinance attempting to regulate the dispensaries — to continue to operate. That seeminlgy contradictory move could take months to realize.

Friday’s lawsuit was filed on behalf of 11 patients who have been prescribed medical marijuana for serious medical conditions, according to the complaint.

It states that the city’s ordinance is in conflict with California’s 1996 law legalizing the medical use of marijuana – legislation that was passed by voters through Proposition 215.

Supporters of the city’s pot-shop ban say that voters who approved of medical marijuana use never envisioned the development of a multi-billion-dollar industry in the state, nor the explosive growth of dispensaries and pot-focused medical clinics.

The lawsuit argues that the city ordinance is unconstitutional and denies business owners due process.