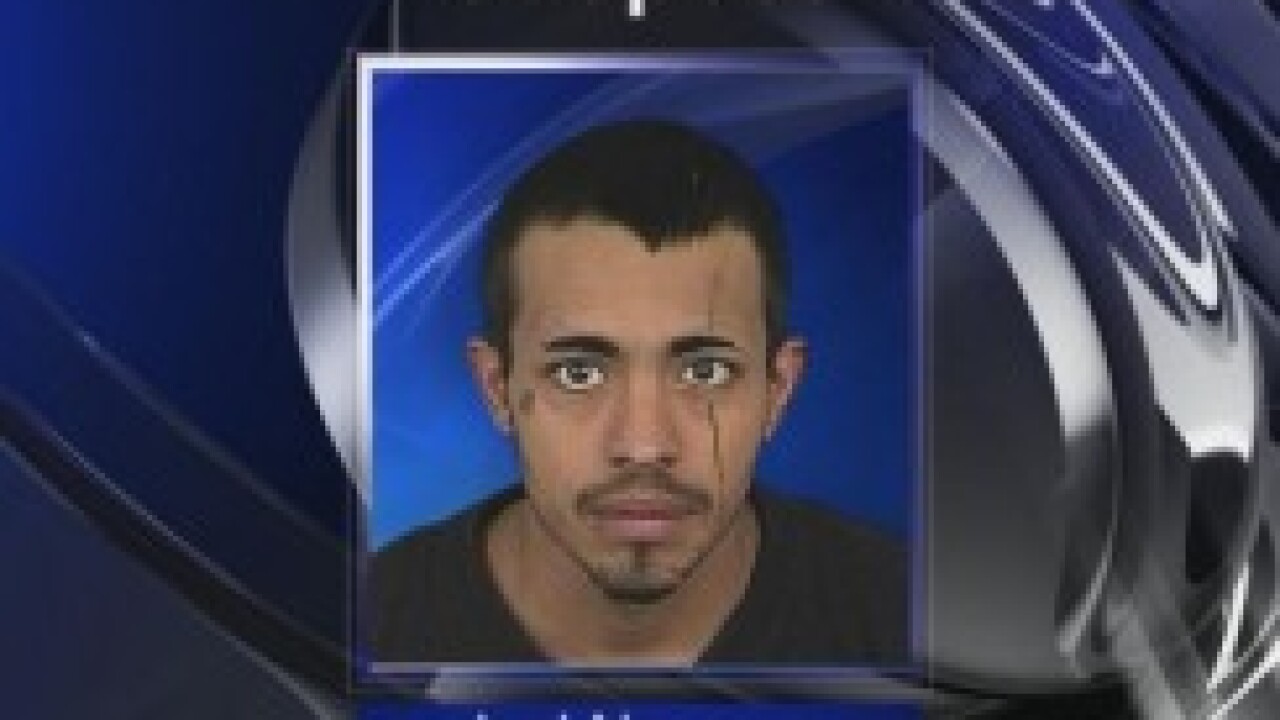 Police are looking for Joel Nevarez after he allegedly launched a pit bull attack on a newlywed couple , just hours after their wedding ceremony Saturday, CBS Denver reports.

Nevarez, a wedding guest, allegedly got upset about something at Schults’ wedding in north Denver. He left and came back later with his pit bull.

“I begged and pleaded with him, ‘Just stop. Bring the dog home, it’s my wedding. Don’t do this, don’t do this,’ ” Schults said.

Shults told CBS Denver that Nevarez suffers from several mental illnesses, and at one point spent time at a mental hospital. When he came back to the party following the wedding, he allegedly told his dog to attack Shults.

“He said, ‘Sic her. Sic her, Skylo,’ ” Shults said. “The dog dragged me to the ground and shook me in its mouth … Joel stood there with the leash in hand laughing, laughing that the dog was biting me.”

The dog also attacked Shults’ new husband. Nevarez then started punching Shults with brass knuckles, according to a police report.

The dog is under quarantine at the Denver Animal Shelter while Nevarez is reportedly on the run. Friends think he may have headed to Mexico to hide with family members.

Police said Nevarez should be considered dangerous, and anyone with information about his wherebouts is asked to contact authorities.

“It was terrible. It made a beautiful party into something I’ll never forget,” Shults said. “I’m just hoping no one else gets hurt the way I did or worse.”