Brothers reunited after 80 years of separation 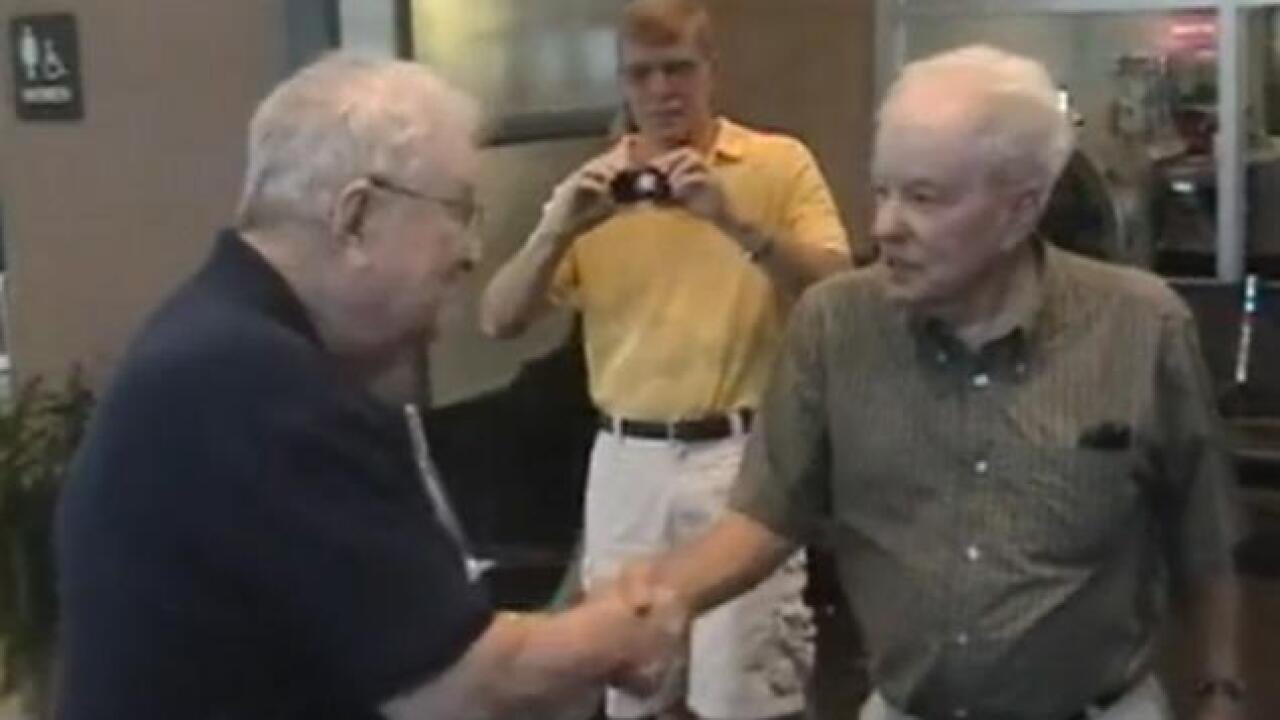 When Ed Muir stepped off the plane in North Dakota, his brother Kenneth Corcoran spotted him immediately.

“Hell, I recognized him as soon as he came off,” Corcoran said, according to WDAY6 News. “I looked and said, there he is.”

Muir, 84, and Corcoran, 81, hadn’t seen each other since 1932. That’s when their mother died and their father, unable to care for his five children, sent Corcoran and two other siblings to an orphanage. Muir and a brother stayed with their father, who raised them in Chicago.

The brothers reunited thanks to nine years of online sleuth work by Corcoran’s daughter, Pam Gregerson. But Gregerson came up short, unable to find her father’s siblings, according to the Naples (Fla.) Daily News.

Then Gregerson’s teenage son took to the search in July. He found Muir, of Naples, in 15 minutes.

During a reunion weekend last weekend, the brothers hit it off and discovered they share the same favorite song — “Wabash Cannonball.” (Corcoran wants the song played at his funeral.)

“Those two old guys are totally twins. They’re identical,” Gregerson told WDAY. “They look alike, they act alike, how they raised us. Everything is the same.”

With one exception: Muir is a Republican; Corcoran is a Democrat. But no matter.

“It’s the best weekend I’ve ever had in my 81 years,” Corcoran said, according to the Naples Daily News. “I want to see him every day.”

Muir told the Naples newspaper that he had worried about his three siblings who were sent to an orphanage.

“I often thought about the rest of my family, how they ever turned out, but I had no idea,” Muir said.

Corcoran was eventually adopted and grew up in North Dakota. He joined the Navy, married and had six children. He retired as a railroad lineman. The two siblings who were sent away with him have since died.

Muir took his mother’s maiden name — which made finding him trickier — and worked as an electrician. He raised four children.

“Eighty years is a long time being separated,” said Muir, according to the Daily News. “It’s sad to think of all those lost years. I don’t know how to make up for it. I just told him I’m glad we were able to get in touch with one another.”