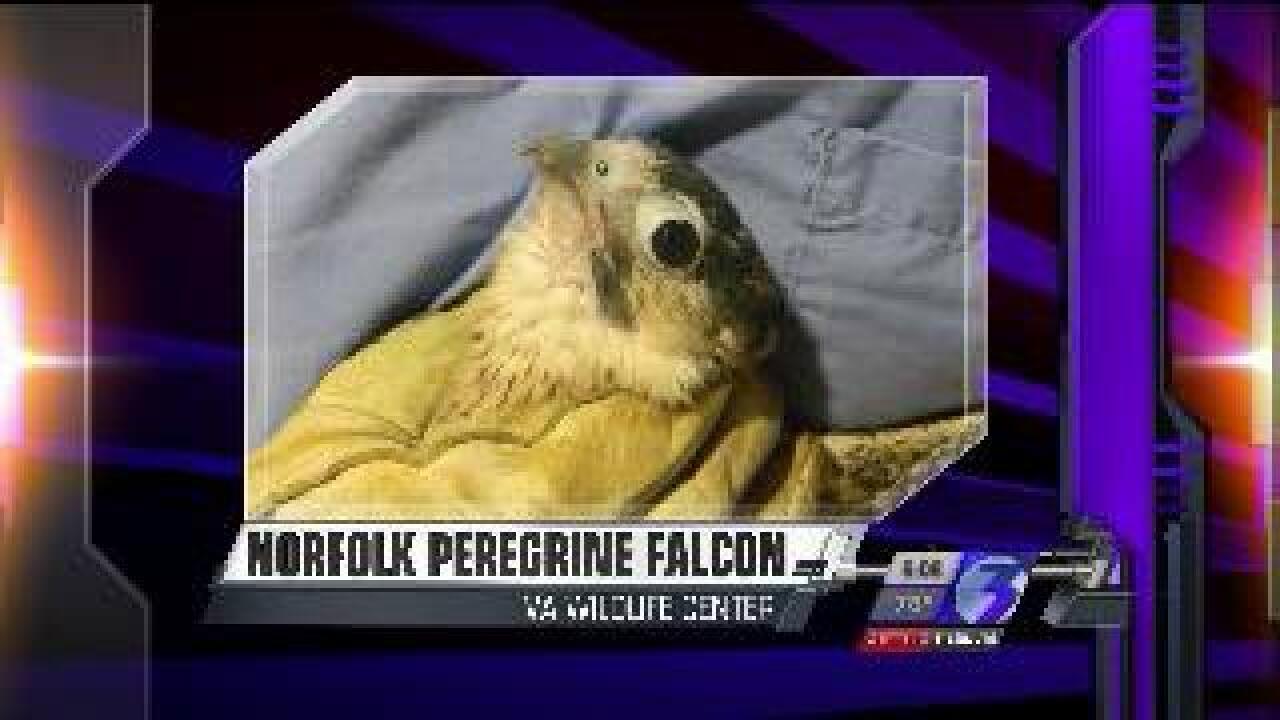 A peregrine falcon found in Norfolk has been moved to a flight pen but still isn't flying.

It first arrived at the Virginia Wildlife Center back in early June.

It was living with two siblings in a nest on the Berkley Bridge, but scientists noticed one of the chicks was half the size of the other two.

After more than a month of treatment, the falcon was the same size as the siblings.

Scientists still don't know why it looked different when it arrived.

The falcon is now being featured on the center's critter cam.