Suspect shoots himself during robbery in Norfolk 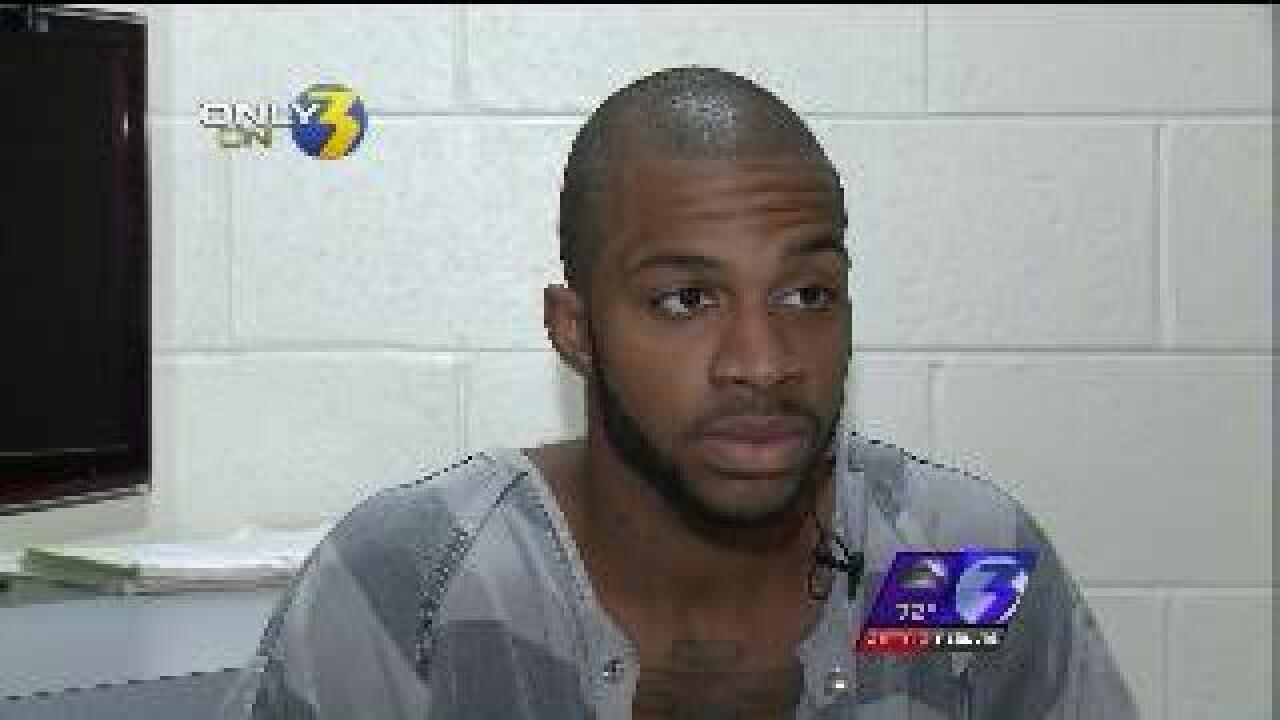 Norfolk, Va. - Norfolk police say a robbery suspect is recovering from a self-inflicted gunshot wound he suffered while he and three friends robbed another group of men.

Court documents say Derek Lawrence, Malik Spaulding, Douglas Edwards and a teenage boy walked up to a group of men standing outside their home on San Antonio Blvd. on August 14, 2012.  Documents say the suspects asked the men, "Where the weed is."  When the men said they did not know, police say the suspects robbed them.

"I was at the wrong place at the wrong time," said robbery suspect Derek Lawrence, who is being held without bond in the Norfolk City Jail.  "I'm scared, man."

"Doug pulled the gun out and told everybody to get on the ground," said Lawrence.  "He told me [to] search one of the pockets, the man had a white shirt on, and I didn't go through his pockets.  I touched it. That's all I did."

Court documents say the group stole money, a wallet and cell phone from the victims.  Lawrence says as Edwards tore through the victims' car, he shot himself.  Edwards is recovering in the hospital, and Spaulding is also being held in jail without bond.