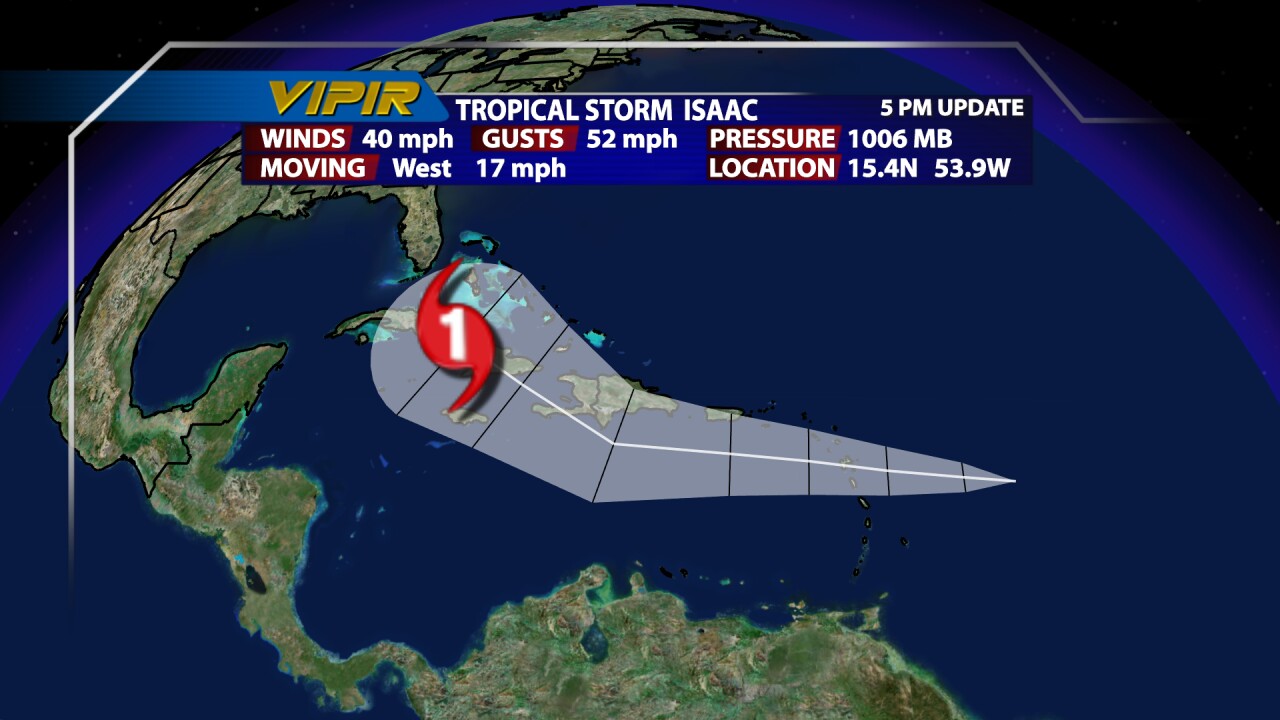 (CNN) — Tropical Storm Isaac formed in the Atlantic Ocean and churned toward the Caribbean Sea on Tuesday afternoon, and it could become a Category 1 hurricane by Thursday, forecasters at the National Hurricane Center said.

Late Tuesday afternoon, Isaac was 500 miles east of Guadeloupe in the Leeward Islands and moving west at 17 mph. Maximum sustained winds were 40 mph, just beyond the threshold for a tropical storm. It would become a hurricane if winds reach 74 mph.

Tropical storm watches and warnings cover much of the Leeward Islands as well as Puerto Rico and the Virgin Islands.

Conditions are favorable for strengthening as the storm enters the northern Caribbean Sea, forecasters said.

Track the storm with our interactive hurricane tracker

It could become a Category 2 hurricane, with maximum sustained winds above 95 mph, as it approaches Cuba on Saturday.

Forecasters caution that the forecast track is uncertain and the storm could be anywhere from the Bahamas to the north and the Cayman Islands to the south on Saturday.

It is still too early to tell what, if any, effects the storm will have on the U.S. mainland, but there are several computer models that bring the storm into the Gulf of Mexico, while others move the storm farther east.

With roughly 50,000 people headed for Tampa, Florida, for the Republican National Convention August 27-30, there is heightened interest in the future path of the storm.