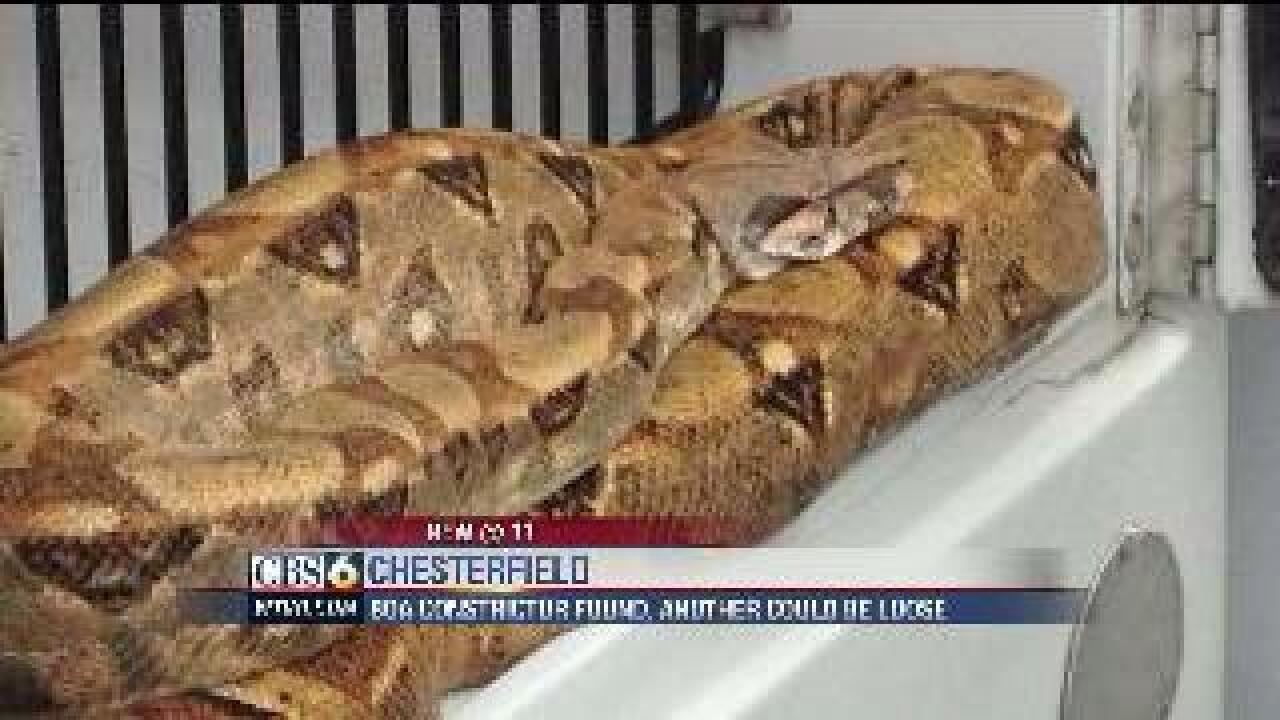 By Alix Bryan and Jon Burkett

CHESTERFIELD, Va. (WTVR) – A Chesterfield business owner walked into work to find a massive boa constrictor in the supply room of his business.

There was a slithery scare when Chris Hodges, who owns One Hour Heating and Air off E. Boundary Road, walked into the supply room.  Animal control officers estimated that the red tail boa was between six and eight feet long.

“It was laying on a piece of equipment taking a nap,” said Hodges.

He called animal control officers out to the scene. When they arrived the snake starting moving about, agitated.

“It appeared irritated,” Rob Leinberger, with Chesterfield Animal Control, said.  “We don’t know how long it had been since it had eaten or had water.”

Hodges guesses that the snake slithered inside through a small crack under their garage-like door.  Police sources told CBS 6 that the snake maneuvered its way through the woods that run alongside the business.

“I will look down before I reach again I can tell you that,” said Hodges. That’s a good idea, said police, because animal control officers were called to the area again Tuesday night, searching for a possible second snake.

Officers are investigating how the snake got loose, following every possible lead. Perhaps someone let the snakes go because they were unable to feed them. Officers urge the owner to come forward.

“If the owner is out there we can work with you–if one doesn’t come forward, we will have to find a home for it,” said Leinberger.

Chesterfield Police confirmed that another boa may be on the loose, and they ask folks in the Brandermill area near East Boundary road to keep an out for their small pets and call animal control if they see anything suspicious.