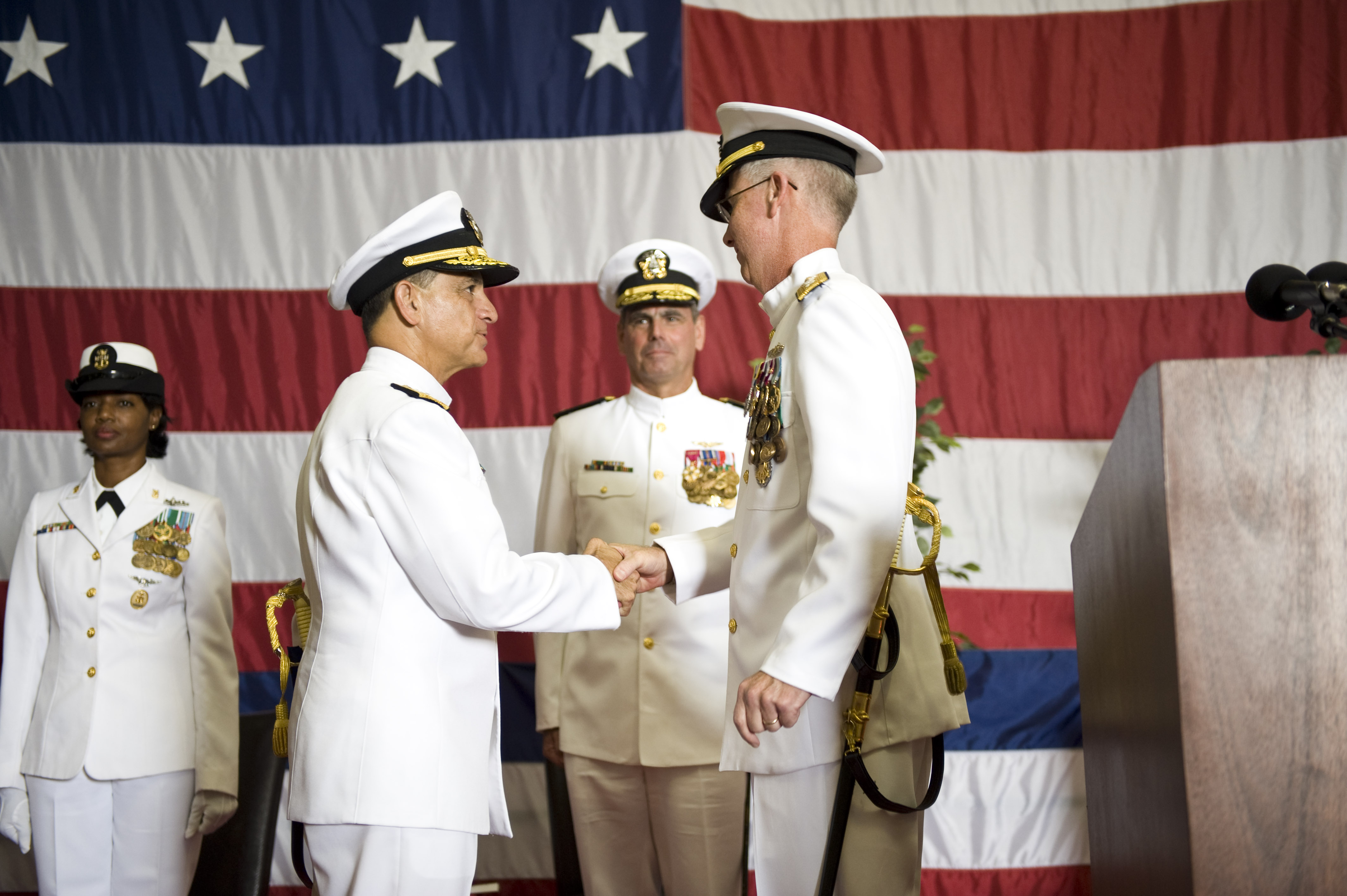 “I am blessed to have had the opportunity to serve [as Strike Group commander],” said Shelanski, who also served as Truman’s commanding officer from July 2006 to February 2009 and as CSG-10’s commander from March 2011 to August 2012. “I am proud to turn over to [Sweeney] the best strike group in our Navy.”

“[The Sailors] have worked hard in the last 18 months through grueling shipyard or pier side maintenance, basic and intermediate training, and integrating ship and air wing training,” said Shelanski.

Shelanski emphasized his confidence in Sweeney and his vast experience as a leader.

“I couldn’t have turned over to a more experienced commander who has spent the last years living the day-to-day events in the Middle East,” said Shelanski.

Sweeney most recently served as the executive officer to Commander, U.S. Central Command.

“This ceremony marks the beginning of a period of transition for CSG-10 in mission, as well as in leadership,” said Sweeney. “We must be ready to conduct sustained combat operations from the sea. When called upon, we must seize the initiative and act boldly to crush our enemies—ethically and with precision.”

“I am thrilled to take command of such a fine group of professionals with a well-earned reputation for operational excellence,” said Sweeney. “You represent the best our Navy has to offer.”