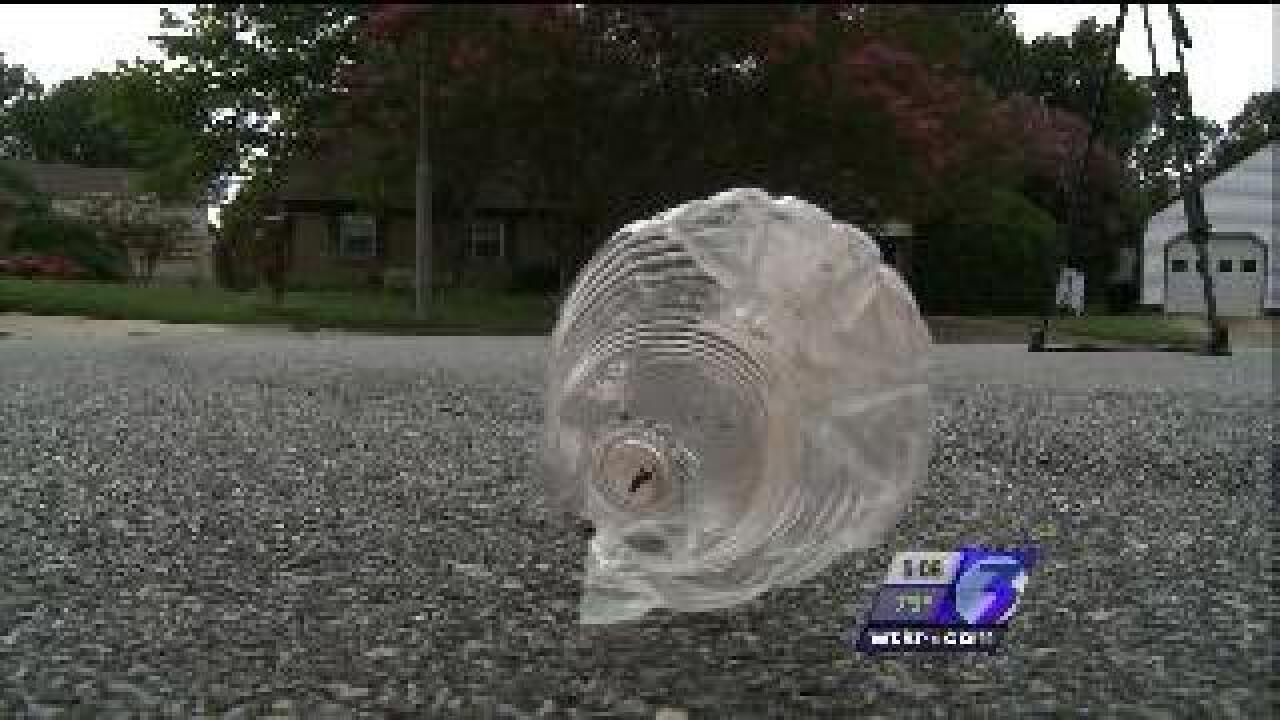 Neighbors tell NewsChannel 3 they heard loud noises earlier this morning, but didn’t know what it was.

Steven Whalen, a neighbor, adds “We heard two shots go off. I thought they were gun shots.”

A homeowner, who does not want to be identified, says she woke up to find her grill in the middle of the street and trash all over her yard.

Though no one was hurt, neighbors are furious kids are playing with dangerous stuff.

Riley says the teens could face a felony charge.

He adds, "Having a felony on your record or injuring your neighbors just because of curiosity--don't do it because we will catch you and we will prosecute you to the fullest extent of the law."

The Commonwealth’s Attorney’s Office is reviewing the case.