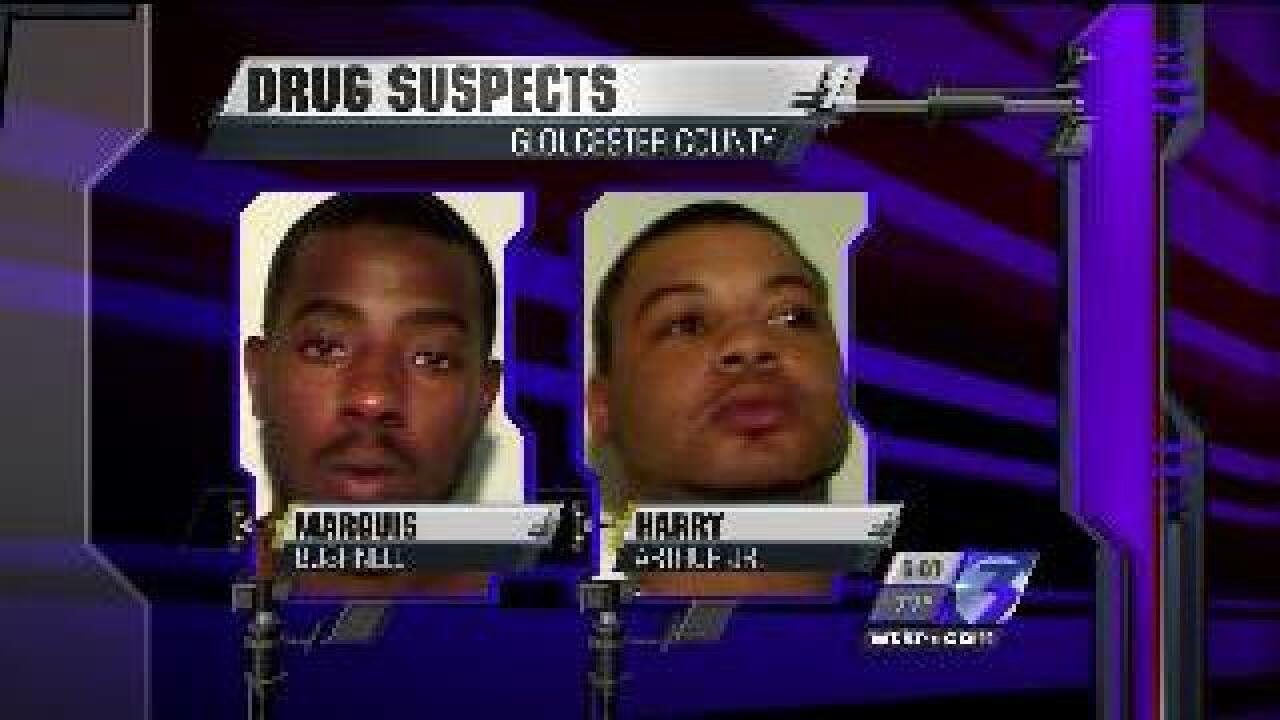 In Gloucester, agents from a drug task force arrested two men in a sting operation.

Both men have been charged with possession of marijuana with the intent to distribute.