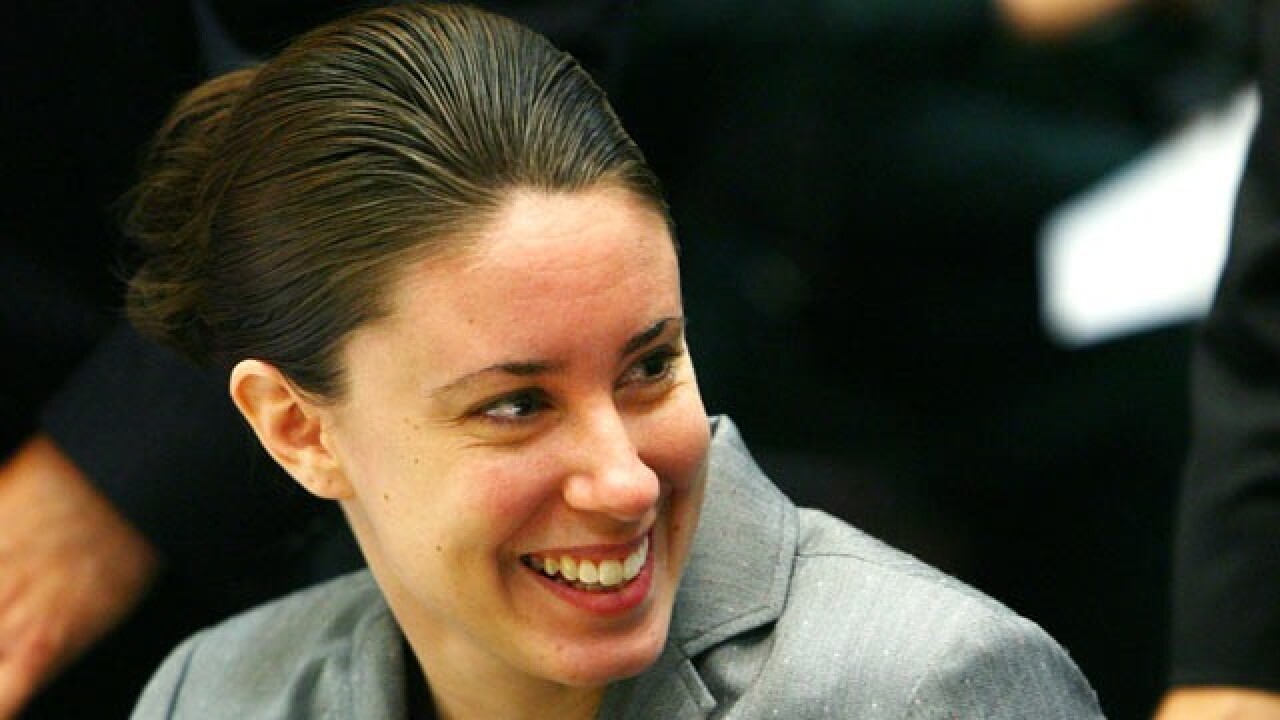 Casey Anthony has completed her one-year probation sentence for check fraud, leaving her free to go wherever she pleases.

Anthony’s attorney Charles Greene told ABCNews.com that Anthony was free as of midnight this morning, but that she has many issues to face before she attempts to move forward with her life.

“She’s lost her daughter, she’s lost most or all of her family, she’s lost her friends, she’s reviled by a percentage of the population and that will probably never change,” Greene said. “She will never be able to walk down the street with anonymity.”

After Anthony’s acquittal, Florida Judge Belvin Perry ordered her to serve one year of probation for a 2010 check fraud conviction. Prior to her first degree murder trial, Anthony pleaded guilty to stealing checks from her best friend Amy Huizenga during the time that Caylee was missing.

Since then, Anthony has been serving her probation from an undisclosed Florida location. She has resurfaced a few times over the past year via a leaked video diary and a telephone conversation with Piers Morgan, but has otherwise succeeded in disappearing from the public eye.

Greene would not comment on any details of Anthony’s whereabouts or her future plans.

“The last year has been a whilrwind because of security and things we’ve had in place given she had to stay in one location and the fear we had she might be discovered and placed in danger,” he said. “Now she’ll have a little more peace and peace of mind to look forward to, and part of looking forward will involve looking back. She really hasn’t had time to do that.”

Greene said that Anthony has not been able to mourn her daughter in a “normal” way due to the intense scrutiny surrounding her and the fears for her safety.

Anthony has been unemployed for the past year, according to her monthly probation reports, so it is unclear where any money she might use comes from. She has not published a book or sold her story in any known capacity.

Greene hopes that one day she will tell her own story.

“There’s things she wants to say, but they need to be on her time, her terms, her conditions,” he said. “I hope that one day she says more.”

Her attorney still fears for the safety of Anthony, once considered the most hated woman in America after a Florida jury said the prosecution failed to prove that she killed her daughter. During the months that Caylee was missing, Anthony was depicted as a party girl in bars and getting a tattoo that proclaimed “Bella Vita.”

Anthony’s legal woes are not over yet.

Zenaida Fernandez-Gonzalez is suing Anthony for using her name when she told Orlando police that her 2-year-old daughter Caylee was stolen by a babysitter and gave police her name. Anthony stuck to that lie for three years before her lawyer told the court at the opening of her murder trial that the babysitter never existed and that Caylee accidentally drowned in the family pool.

Fernandez-Gonzalez sued Anthony for defamation, saying that she lost her job and home as a result of the accusations. The trial for the civil suit is scheduled to take place in January 2013.

Matt Morgan, one of the attorneys for Fernandez-Gonzalez, said that the end of Anthony’s probation does not affect the defamation case in any way.

“We have at this point already obtained service on Casey Anthony and therefore she will have to attend the trial,” Morgan told ABCNews.com. “If she were to leave the state and go outside of the jurisdiction, come January she’d have to return and face Zenaida Gonzalez in the courtroom.”

Anthony has checked in with probation officers every month for the past year and her monthly reports have been public. Anthony’s reports have consistently said that she is unemployed, has not been taking any classes and has not been drinking alcohol or taking drugs.

“It’d be hard to imagine that, at least in the very near future, she could ever have what many of us would consider a normal life,” Greene said.