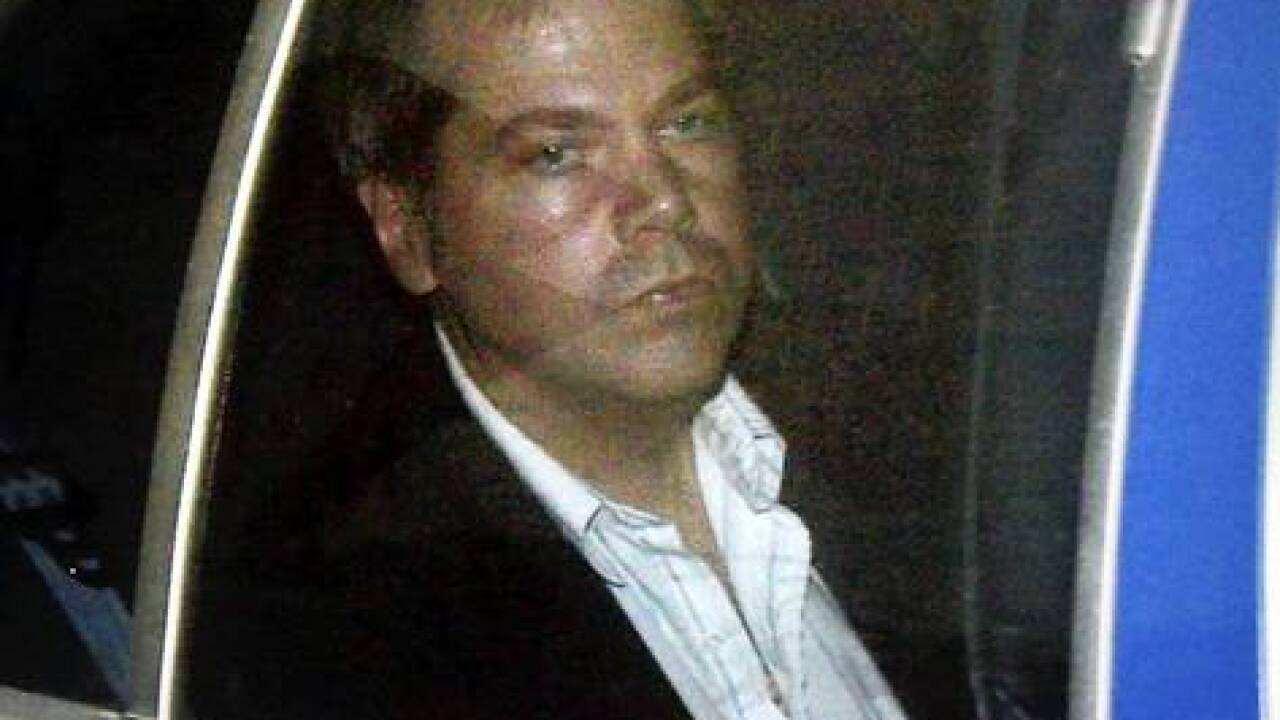 John Hinckley Jr. arrives at the E. Barrett Prettyman U.S. District Court in Washington in this November 19, 2003 file photo. A federal judge ruled December 17, 2003 that Hinckley, who tried to assassinate President Ronald Reagan in 1981, can make local visits with his family from the psychiatric hospital where he has been held. U.S. District Judge Paul Friedman endorsed a proposal by St. Elizabeths Hospital for six local day visits and then two local overnight visits within a […]

The members of the legal team representing presidential assailant John Hinckley Jr. say they are owed “significant legal bills in arrears” and are asking a judge’s permission to bow out of Hinckley’s case.

In a motion filed Friday, defense lawyer Barry Levine says he and other lawyers at Dickstein Shapiro LLP have represented Hinckley at numerous hearings through the years at reduced rates.

According to the document, Hinckley’s family has told the legal firm “it will not provide future funding for attorneys’ fees, expenses or related experts in this matter.” The motion does not say how much the firm is still owed.

The legal team represented Hinckley during 13 days of testimony in late 2011 and early 2012 on a St. Elizabeths Hospital proposal to allow Hinckley to have longer visits to his mother’s home in Williamsburg, Virginia.

The motion filed by the lawyers Friday said Judge Paul Friedman has told counsel he will not rule on the plan proposed by Hinckley’s mental hospital until November.

On August 17, prosecutors on the Hinckley case filed a motion asking Friedman to reject the proposal for more visitation time because a key part of the plan had fallen through.

According to the government court filing, St. Elizabeths sent an August 8 letter stating that Colonial Behavioral Health, People’s Place facility in Williamsburg had withdrawn from the plan to participate in Hinckley’s treatment by providing him access to group social sessions. The letter has not been made public, and prosecutors did not reveal why People’s Place had bowed out.

Prosecutors called the group sessions a “core feature” of the plan to allow Hinckley, 57, to spend more time living with his elderly mother in Williamsburg.

In their motion to withdraw from his case, Hinckley’s lawyers say that their departure will not harm the case and that he can obtain other representation.

Hinckley spends 10 days a month visiting his widowed mother, who is in her late 80s. In July 2011, St. Elizabeths proposed allowing Hinckley two 17-day visits followed by six stays lasting 24 days. After the proposed visits, St. Elizabeths requested the authority to decide whether Hinckley, 57, could be released on “convalescent leave,” which would make him a permanent outpatient.

Hinckley’s mother, Jo Ann, attended parts of the hearing on the hospital’s visitation plan. His brother and sister both testified during sessions. Levine, the defense lawyer, made several references during the hearing to the family possessing diminishing resources. Hinckley’s father is deceased.

Hinckley sat quietly during the multiple days of testimony but never testified.

Hinckley was found not guilty by reason of insanity in the 1981 shooting of President Ronald Reagan, press secretary James Brady, Secret Service Agent Timothy McCarthy and police officer Thomas Delahanty. Brady was shot in the head and permanently disabled.