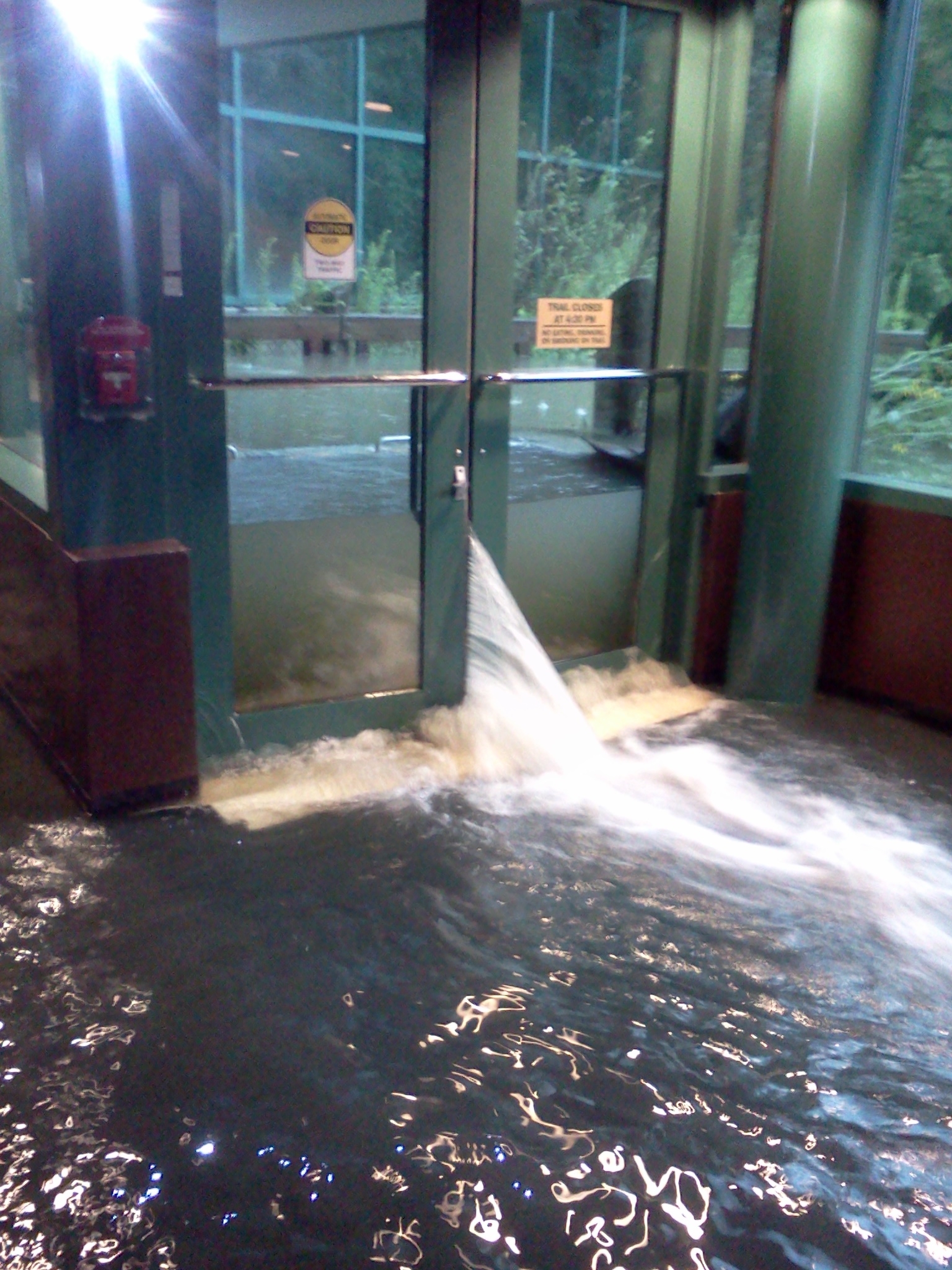 Newport News, Va. – The Virginia Living Museum is closed Saturday, Sunday and Monday due to a flash flood from this morning’s storms.

No museum animals were harmed.

However, water from Deer Park Lake covered the boardwalk and poured over the 2 feet, 4 inch-tall gates, flooding the museum.

This is the second time the museum has been flooded this summer.

Museum Executive Director Page Hayhurst said flooding like this has never happened before in the museum’s 40-year history. The museum sustained at least twice as much damage this time as from the flood in May.

Since the last flood, the museum has built a new house for the raccoons on top of the hill so that they can be away from future flooding.

The museum has contacted the Newport News Stormwater Division and has begun talks with the College of William and Mary to conduct a hydrology study of Deer Park Lake to see if changes in the lake are contributing to the flooding.