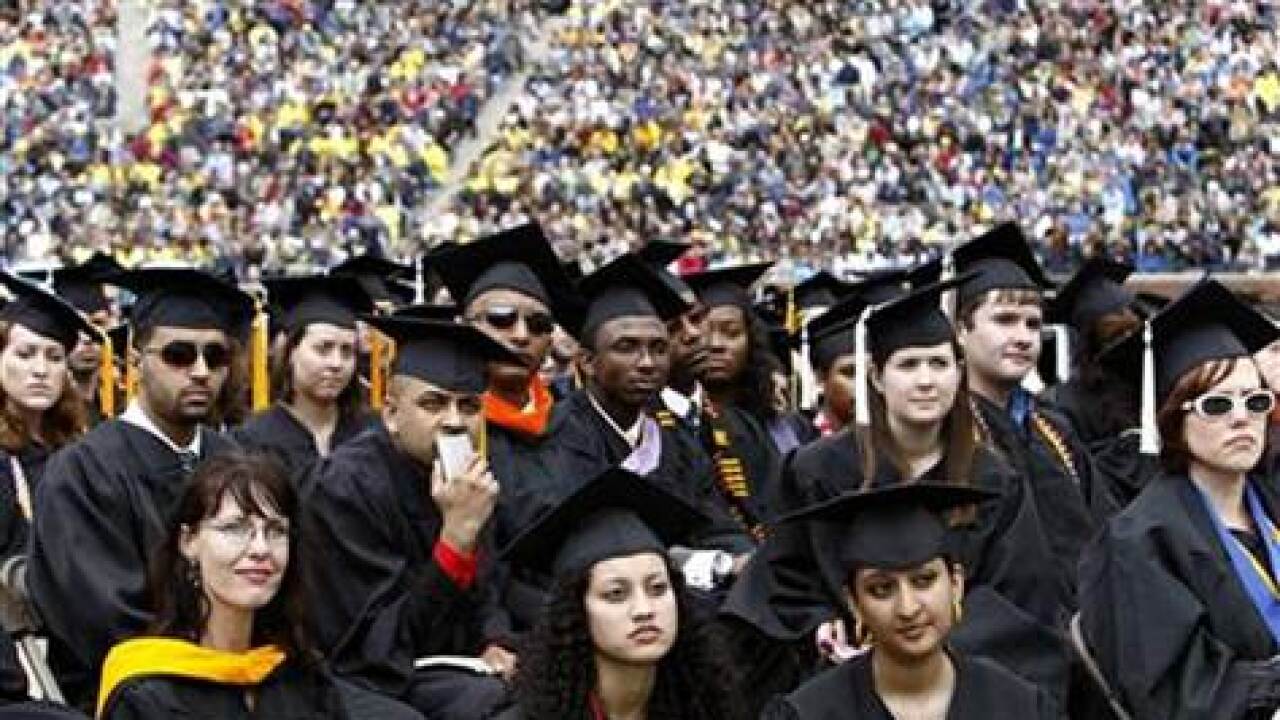 College students have it tough these days with ever-increasing tuition bills and record levels of debt. But in recent years, there’s been one bright spot for student finances: a deep pot of scholarship money.

There’s trouble on the horizon, however. New data shows that the percentage of those winning cash scholarships, typically awarded on the basis of merit, is falling dramatically. The change could have wide-ranging consequences for students, their parents and the schools alike.

The percentage of students reporting winning scholarships dropped markedly, to 35 percent in the 2011-2012 school year, from 45 percent the year before, according to How America Pays for College 2012, a recent survey of college students and their families by student lender Sallie Mae.

Scholarship recipients are still getting almost exactly the same amount as the previous year, an average of $7,673. But the availability of money is being hurt as cash-strapped states cut funding for scholarships to public schools and the schools themselves aren’t always able to make up the difference.

If the trend persists, it could result in a ripple effect that alters the financial decision-making of countless American families: where students enroll, how much they’re willing to pay, and who comes up with the money.

A scholarship squeeze could affect students of all stripes, but particularly those at public institutions, because of sheer numbers. Some 15.5 million students are expected to attend two- and four-year public institutions this year, according to the Center for Education Statistics. That’s about 72 percent of all the U.S. students seeking higher education.

“Schools were stepping up their scholarships to help” cover rising educational costs, says Sarah Ducich, senior vice president for public policy at Sallie Mae the largest U.S. student lender. “We wondered whether that was sustainable. This year we found out that it’s not.”

Some states, like Georgia and Florida, have altered scholarship rules regarding who qualifies and how much money they get. Others have taken even more drastic steps.

Michigan’s Merit and Promise scholarship program doled out more than $8 million to more than 6,500 students at the University of Michigan for the 2007-2008 school year, according to Pam Fowler, executive director of the college’s Office of Financial Aid. By 2010-2011, that had fallen to zero.

“That means fewer funds are being spread out among more and more students,” Chitty says.

According to Illinois State University’s Grapevine project, which tabulates every state’s financial support for higher education, such funding fell an average of 7.6 percent in 2011-2012.

“Schools have been pumping in their personal funds to keep kids in school, but those funds are getting depleted, and the revenue’s just not there from the state,” he says.

Dixie Miller, a student in computer graphics design at Hillsborough Community College in Tampa, Florida, is among those worried about potential cutbacks to scholarships and grants. In the past, Miller benefited from scholarship money from the state of Florida and Pell grants from the federal government.

But Florida’s state support of education continues to fall, down 17.5 percent in the last five years, and Miller worries that her own scholarship could be among the casualties (she finds out in September).

“Every time we turn around there seems to be more red tape and cuts,” says Miller, a single mom of a teenager.

If there is indeed a shallower pool of grant and scholarship money going forward, families will continue to respond in a couple of key ways, Sallie Mae’s Ducich notes.

First, students will likely foot more of the bills since parents are getting financially tapped out. And second, debt loads may increase.

In 2010-2011, for instance, students chipped in 26 percent of total educational costs, according to the How America Pays for College study. Last school year, they had to contribute 30 percent.

Some of that added cash is coming out of their savings and income, Sallie Mae found, but most is attributed to increased borrowing – not a heartening sign for future debt loads.
It is possible the situation is less grim than it currently appears. This school year’s financial aid numbers are still a work in progress. The College Board is scheduled to release its annual Trends in Student Aid report this fall, which will give a more complete picture of whether national scholarship totals are indeed being trimmed back.

“The Sallie Mae findings are interesting, but need to be taken with a grain of salt,” says Sandy Baum, a co-author of the College Board report and a senior fellow at George Washington University’s Graduate School of Education. “It’s a survey that relies on responses, whereas Trends in Student Aid deals with hard data. It’s not clear that in tough times aid goes down.”

But certainly the steep scholarship drop that students are reporting is worrisome. For students like Dixie Miller, it’s the waiting game that’s driving her crazy.

“We know there will likely be cuts, but we don’t yet know to what degree,” says Miller, who aims to finish her bachelor’s degree at the University of South Florida. “I really have no earthly idea how to budget for this year.”