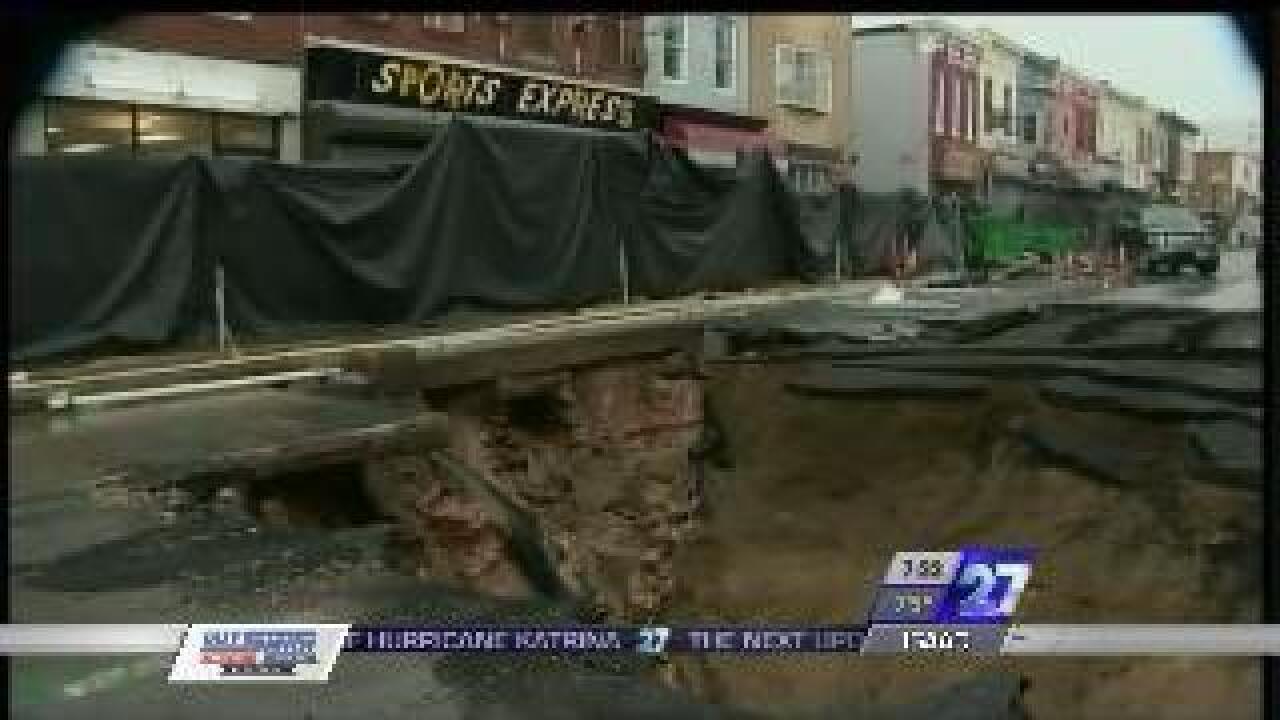 A huge sinkhole in Maryland caused evacuations for several businesses over the weekend.

Officials say there was already a hole in the road in Baltimore - but yesterday's rain opened it up.

Several businesses in the area had to be evacuated.

Officials say the hole had been temporarily fixed, and the rain undid all the work.

Later today - crews are expected to try to repair the sinkhole and get a closer look at the damage.