What’s next for the Outer Banks one year after Hurricane Irene? 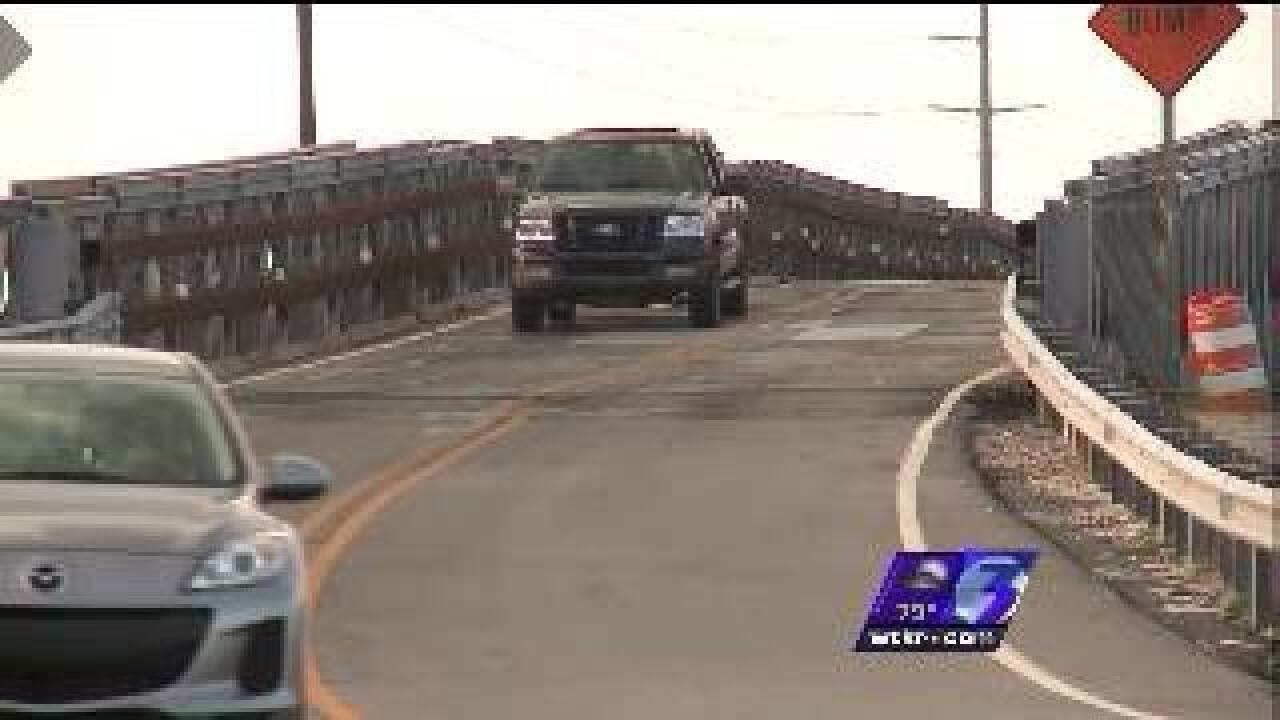 Hurricane Irene has been gone for a year, but pieces of her remain in the parts of the Outer Banks she tore to pieces.

On a section of Route 12, the road was taken over by water and six weeks of around the clock work was needed to put up a temporary bridge to connect Hatteras Island to its northern neighbors.

Hotel occupancy rates and dining out is up for this spring and early summer. Credit has to go in part to the bridge. Without it, the flood of tourism would be nothing more than a trickle for Hatteras Island.

"It's a little sketchy looking. It gets the job done because of all the tourist that keep coming across it and all the traffic with all the big trucks constantly it seems to be doing alright."

It's cramped, and because of that the speed limit is only 25 miles an hour near the bridge.

There's no shoulder and no room for cars to pass any walkers or bikers who are going through.

A new bridge won't be open for at least another two and a half years.

It will be two miles long and at least 25 feet above the water.

North Carolina Department of Transportation says a new bridge is needed because even though this one is perfectly safe it wasn't built for the long haul.

It can hold up to a storm, but it wasn't supposed to last decades.

The contract for the new bridge will go out to bid in December and it's expected to be take at least two years to complete.

One complication is the project still needs to go through environmental impact studies.