Helicopter shot down Monday in Damascus 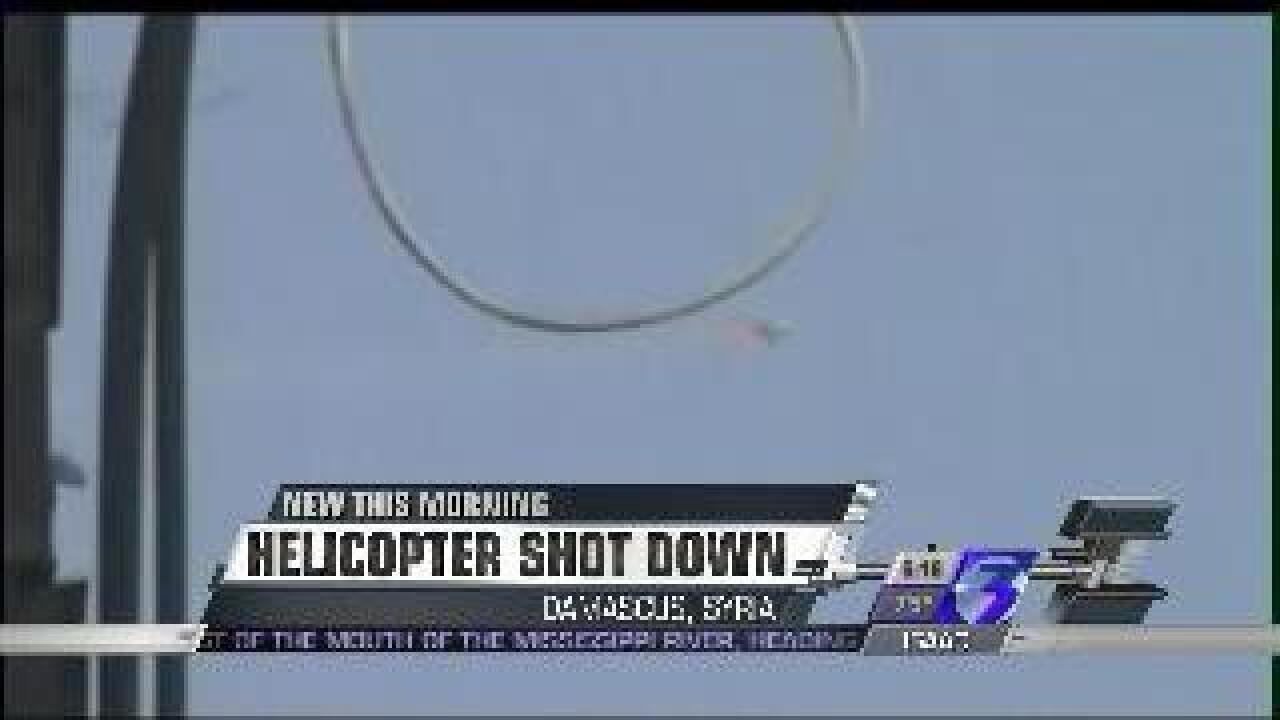 Rebels claim to have shot down a Syrian helicopter that was attacking a neighborhood.

The crash happened yesterday in Damascus.

Heavy fighting broke out between rebels and troops loyal to President Bashar al-Assad in the district, witnesses said.

Nearly 300 people were killed over the weekend in a Damascus suburb.