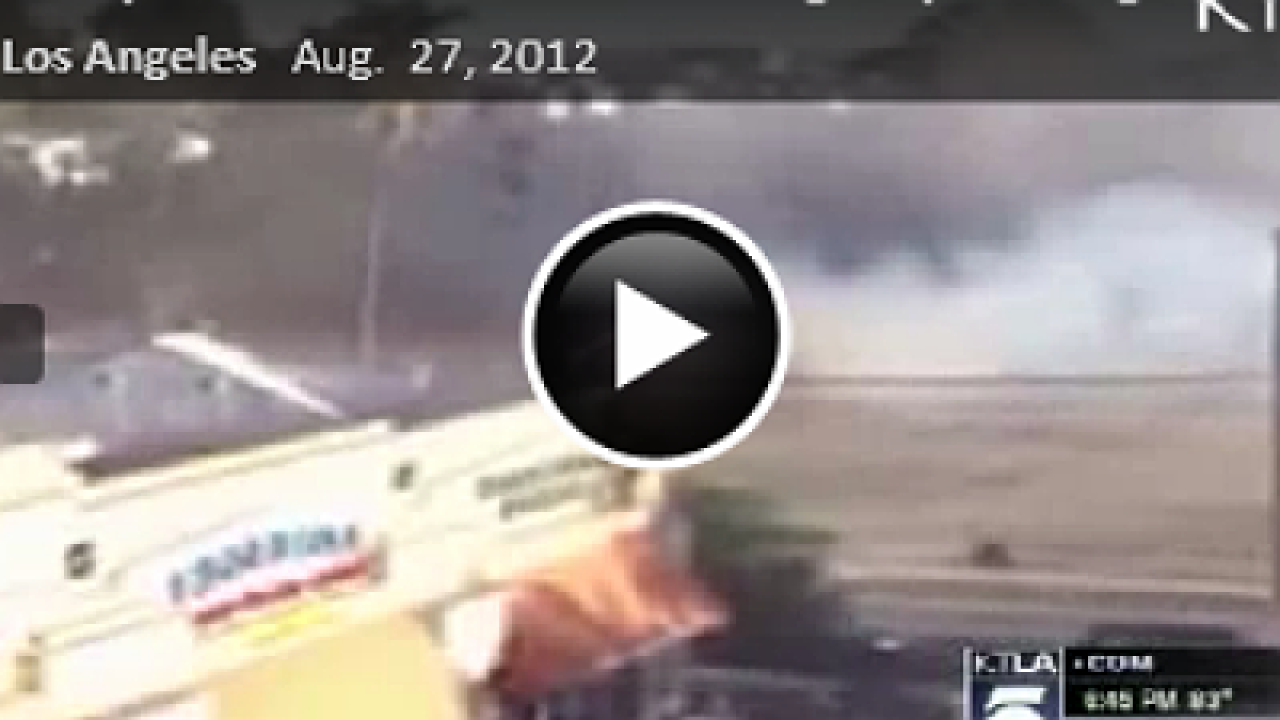 It happened to the KTLA News chopper, Sky5, after it began experiencing engine trouble and had to make an emergency landing.

Pictures captured by another media outlet show smoke pouring out of the helicopter as it efforts to get down on the ground. Thankfully, the pilot makes a skillful landing in an empty parking lot, saving his own life, as well as an on-board photographer.

Watch the dramatic video above of this story from KTLA News.