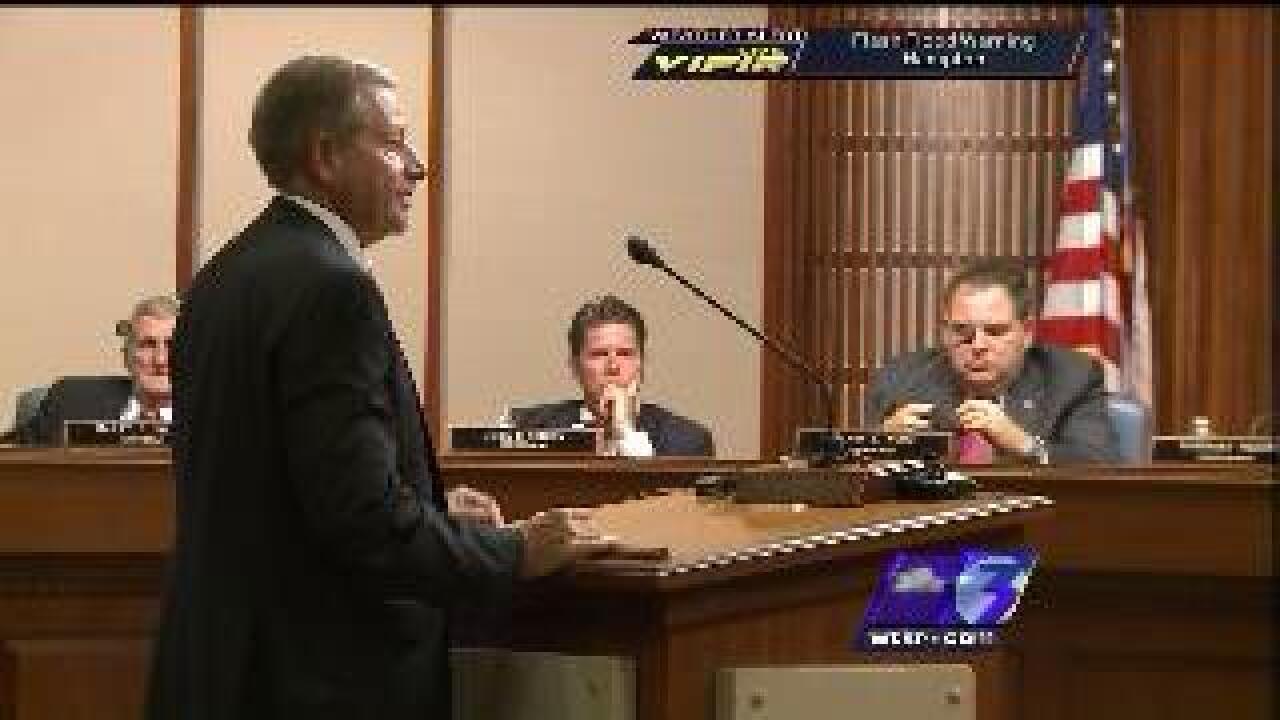 A proposal to bring an 18,500 seat arena to Virginia Beach was presented to the city council Tuesday afternoon.  It would be about 750,000 square feet built next to the Virginia Beach Convention Center.

It’s a joint proposal from two entertainment companies – Comcast-Spectacor and LiveNation.  Peter Luukko, President and CEO of Comcast-Spectacor, said there are two reasons they’re considering Virginia Beach for the arena: they already do a lot of business in Hampton Roads and this is the “largest underserved market in the US.”

There has been speculation about the Sacramento Kings coming to the resort city, but there was no mention of them during the presentation, nor was there mention of any other specific sports team coming.

Luukko said they are in the very early stages.  Luukko said in his presentation they would “commit to pursing a professional sports franchise.”  The proposal also listed several other things they would bring to the table: a 25-year lease term, guaranteed annual lease payment, more than 200 events and 1.4 million visitors annually.

Warren Harris, Executive Director of Virginia Beach Economic Development, also gave a presentation to the city, saying this is an “incredible opportunity facing the city.”  He said the arena could draw visitors from Hampton Roads all the way to Richmond, which would be about 3 million people.  The arena would have the potential to have year-round concerts and entertainment which Harris said is currently going elsewhere.

After the presentations, Councilman Bill DeSteph raised several questions.  One of them was about financing.  DeSteph said he supports the idea if it doesn’t fall on taxpayers to cover the cost.

He also raised the concern that the Navy needs to be consulted about height restrictions.  The proposed site for the arena is next to the Convention Center at the oceanfront.  DeSteph also said he would like to see this presented as a referendum to voters, but Harris said that is probably not an option because the city has a limited time to consider the deal or it may go away.