Deputies rescued in Isle of Wight 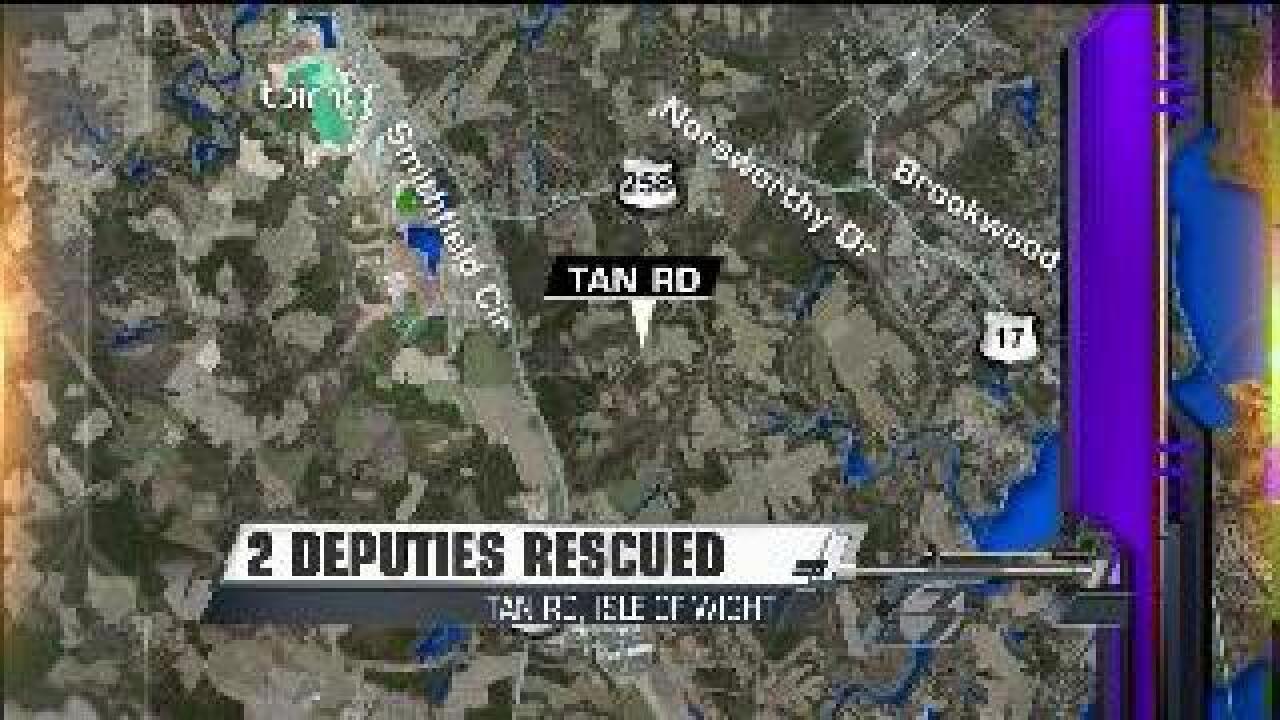 Officials say an adult and three children were stuck in their car when water began to rise on the bridge.

The driver was told to stay put until a rescue team was able to get to them.

The Smithfield Volunteer Fire Department was able to safely get those people out, and pulled the car from the water.

And around 9 p.m. last night - two Isle of Wight deputies had to be rescued. They were responding to a call in Smithfield when they were told to take an alternate route because of flooding. On the way to the call, they ran into three feet of rushing water on Tan Road.

The water swept their vehicle off the road.

Carrollton Volunteer firefighters rescued them. The deputies were not hurt.