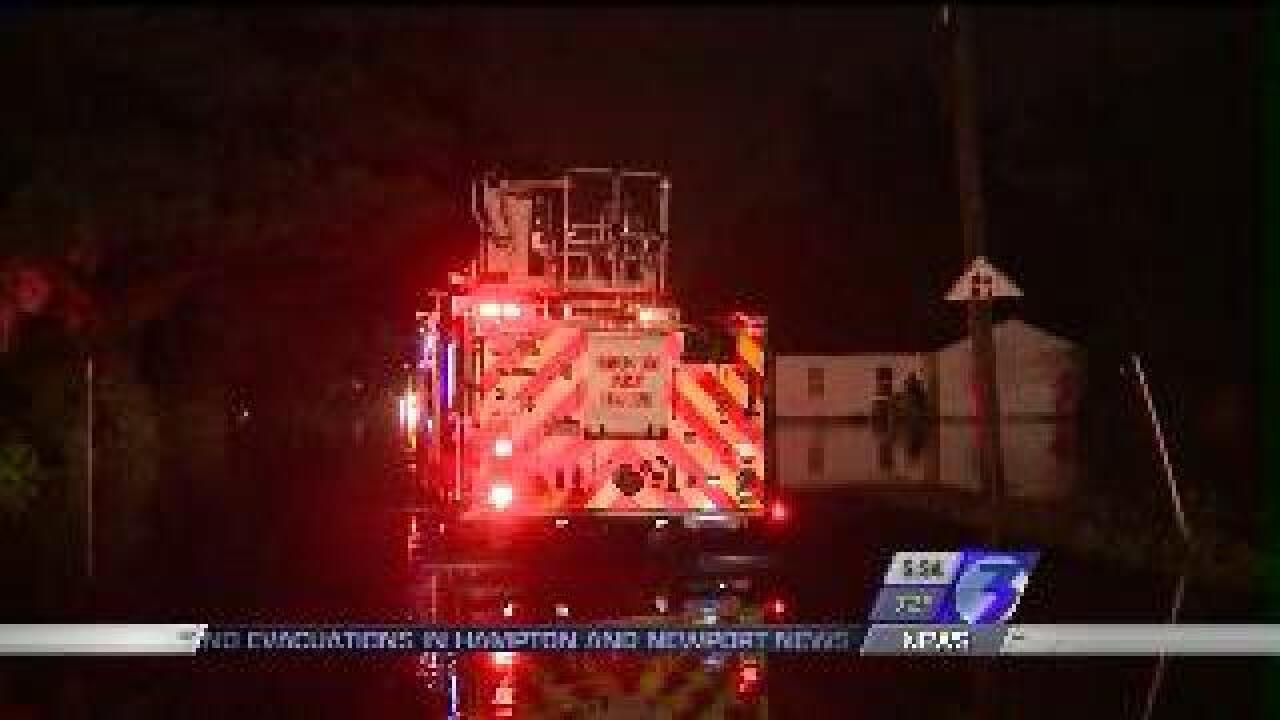 Flooding caused problems for emergency crews trying to get to a fire in Hampton.

Only one firetruck was able to make it to the home on Powhatan Parkway.

Firefighters had to pull 400 feet of hose through three feet of water to get to the house and fight the flames.

Two teens were home at the time of the fire - officials say they made it out safely.

The family is now staying with relatives.

Fire officials say they are still trying to figure out what caused the fire, but say it had nothing to do with the weather.