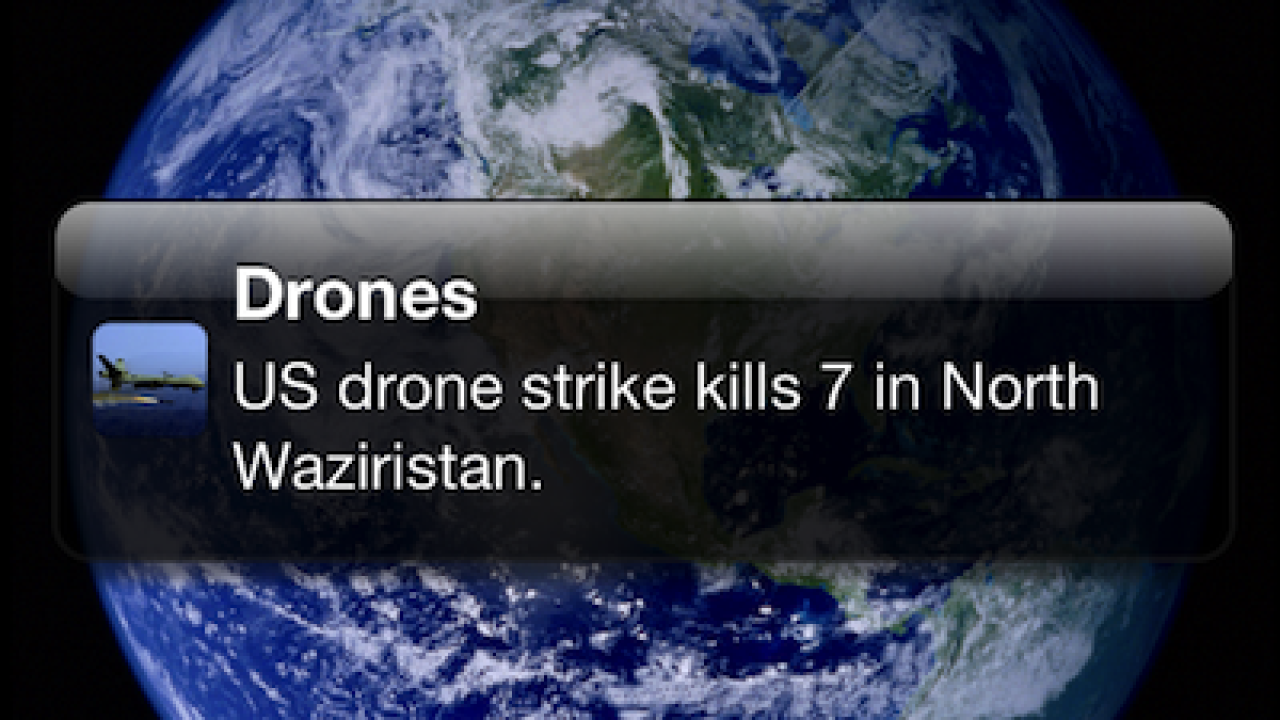 A push alert from the app

According to Danger Room, Apple has for the third time rejected an app that tracks U.S. drone strikes. Apple’s latest rejection letter says the content is “objectionable and crude,” despite not showing any graphic images. The app uses a publicly available database of strikes compiled by the U.K.’s Bureau of Investigative Journalism.

A push alert from the app

It’s the third time in a month that Apple has turned Drones+ away, says Josh Begley, the program’s New York-based developer. The company’s reasons for keeping the program out of the App Store keep shifting. First, Apple called the bare-bones application that aggregates news of U.S. drone strikes in Pakistan, Yemen and Somalia “not useful.” Then there was an issue with hiding a corporate logo. And now, there’s this crude content problem.

iOS developers have a strict set of guidelines that must be adhered to in order to gain acceptance into the App Store. Apps are judged on technical, content and design criteria. As Apple does not comment on the app reviews process, it can be difficult to ascertain exactly why an app got rejected. But Apple’s team of reviewers is small, sifts through up to 10,000 apps a week, and necessarily errs on the side of caution when it comes to potentially questionable apps.

Apple’s original objections to Drones+ regarded the functionality in Begley’s app, not its content. Now he’s wondering if it’s worth redesigning and submitting it a fourth time.

“If the content is found to be objectionable, and it’s literally just an aggregation of news, I don’t know how to change that,” Begley says.