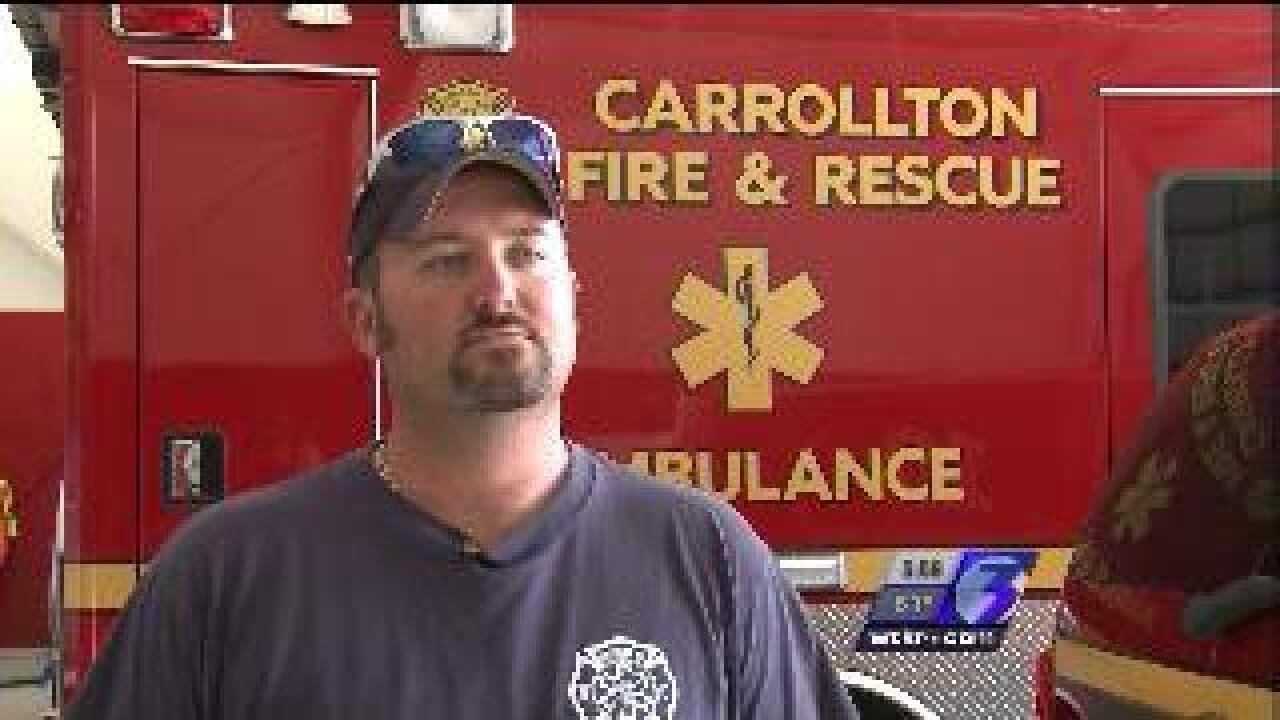 JV Oliver, a 15-year veteran of the Carrollton Fire Department, knows how to rescue people in need.

Last night, the people in need were two Sheriff’s deputies who were trapped in a flooded road.

Around nine Tuesday night, Oliver was behind two sheriff’s deputies going to a call for help from a person in cardiac arrest.

He risked his own life and took action to save them.

He actually drove into the rushing water using his massive, heavy-duty, pick-up truck.

The deputies and Oliver went through the area of Tan Road.

Both time and Mother Nature were not on their side.

But they finally got there, carried the patient to an emergency vehicle and were taken to a waiting ambulance at one of the few flood-free areas not far away.

So instead of saving one life, he saved three.