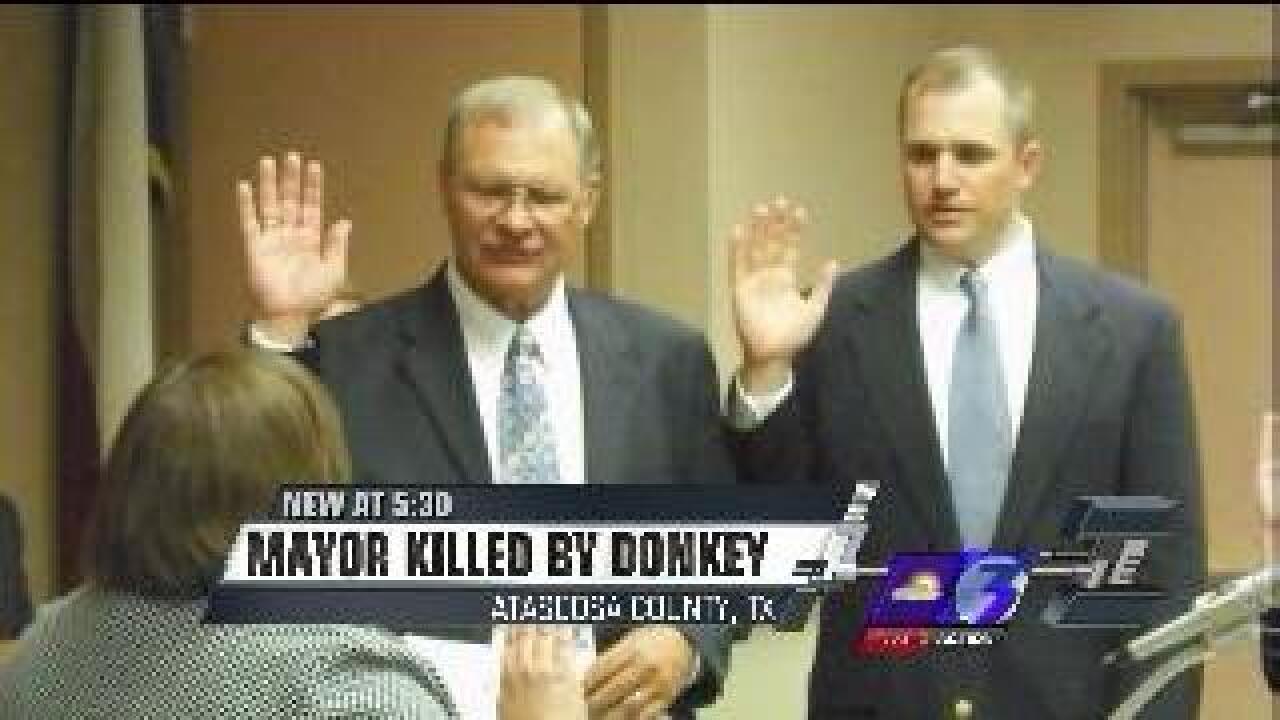 A small Texas town is mourning the loss of its newly elected mayor after he was kicked and trampled to death by a donkey.

According to my Sanantonio.com, police say the 65-year-old mayor and Air Force veteran was found dead on his ranch this week.

Police also say evidence of the attack was found on the man's body and the 500-pound donkey, which was still at the scene.