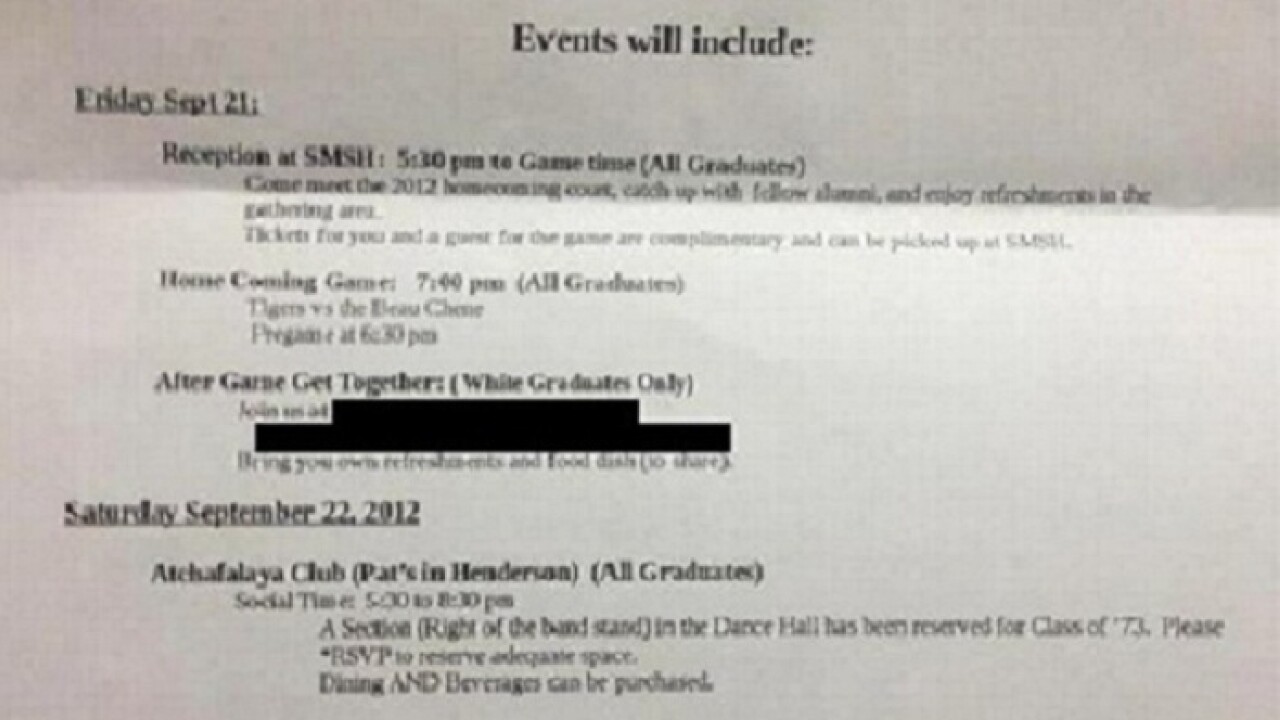 Graduates from the St. Martinville, La., Senior High School Class of 1973 decided that after nearly 40 years, they would stop holding segregated class reunions, but a letter announcing the change included an after party for “white graduates only.”

Michael Kreamer, who is the principal of the Louisiana school, said the letter was brought to his attention on Friday morning.

“It’s disappointing to see something like this,” he said. “The school was really not involved at all in it.”

On Sept. 21, a reception will be held at the school, followed by the homecoming football game, which the letter notes all graduates are welcome to attend.

After the game, “white graduates only” are invited to a classmate’s home and are encouraged to bring a “food dish to share.”

Liza Chance, one of the organizers of the event, told ABC affiliate KATC the group had originally planned to have separate parties again this year, but then changed their minds, and that the old plans were sent prematurely.

“I don’t understand why this went the way it did,” she said.