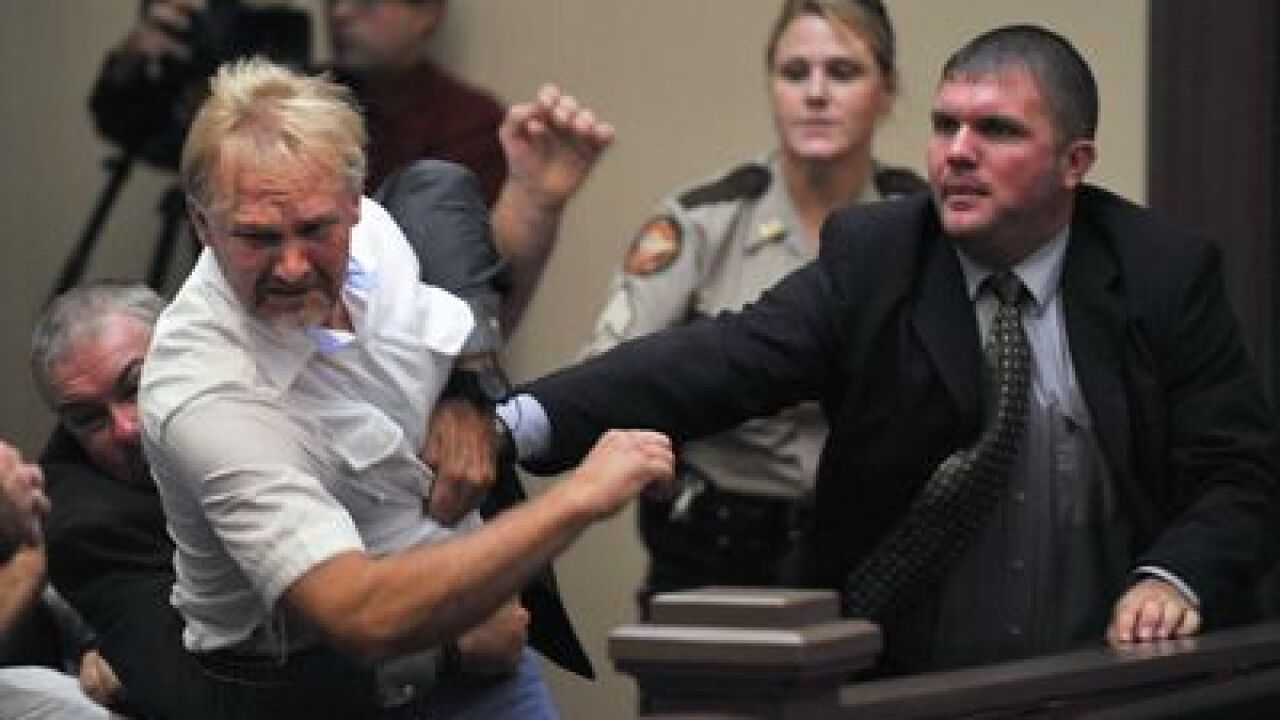 An explosive courtroom outburst, as the stepfather of a murdered teen went after her accused killer.
It all happened in a Georgia courthouse and it was all caught on video.
The accused gunman is an Army soldier.
The stepfather of 17-year-old Tiffany York, Wesley Thomas, lunged from his chair and tried to attack 26-year-old Army Sgt. Anthony Peden inside the Long County courthouse.
Peden’s accused of shooting and killing York.
“I didn’t know it was going to get to that situation. I didn’t know he was going to run at them.”
“I was scared honestly. I didn’t know if they were going to start shooting. I didn’t know what was about to happen.”
Nicholas York is Tiffany’s older brother.
He sat with his mother during court proceedings.
Prosecutors announced they’ll seek the death penalty against Peden, 26-year-old Private Christopher Salmon, and 21-year-old Private Isaac Aguigui.
They’re charged with killing York and her boyfriend former Army Private Michael Rourk last December in Long County.
The soldiers are accused of being part of an anti-government militia planning to bomb Forsyth Park, overthrow Fort Stewart, and kill President Obama.  Investigators say they stockpiled 87-thousand dollars in guns and bomb making materials.
Prosecutors say the soldiers killed Rourk and york to silence them.
“The judge says this will be a long process. Each defendant will get new public defenders who specialize in death penalty cases. There will be another hearing and an arraignment before the case even goes to trial.”
Nicholas York says he supports the death penalty for the soldiers.
“I want to kill them. I want them dead. They took something from me that’s not replaceable. They put so much stress and heartache through my family.”
Besides the outburst from York’s stepfather, one of Michael Rourk’s family members yelled at Salmon, who’s accused of shooting and killing Rourk.
The soldiers looked straight ahead only responding “no sir” or “no your honor” when the judge asked if they had anything to say.

A fourth solider, Michael Burnett, pleaded guilty to lesser charges this week.
He’s since agreed to testify against the  others.