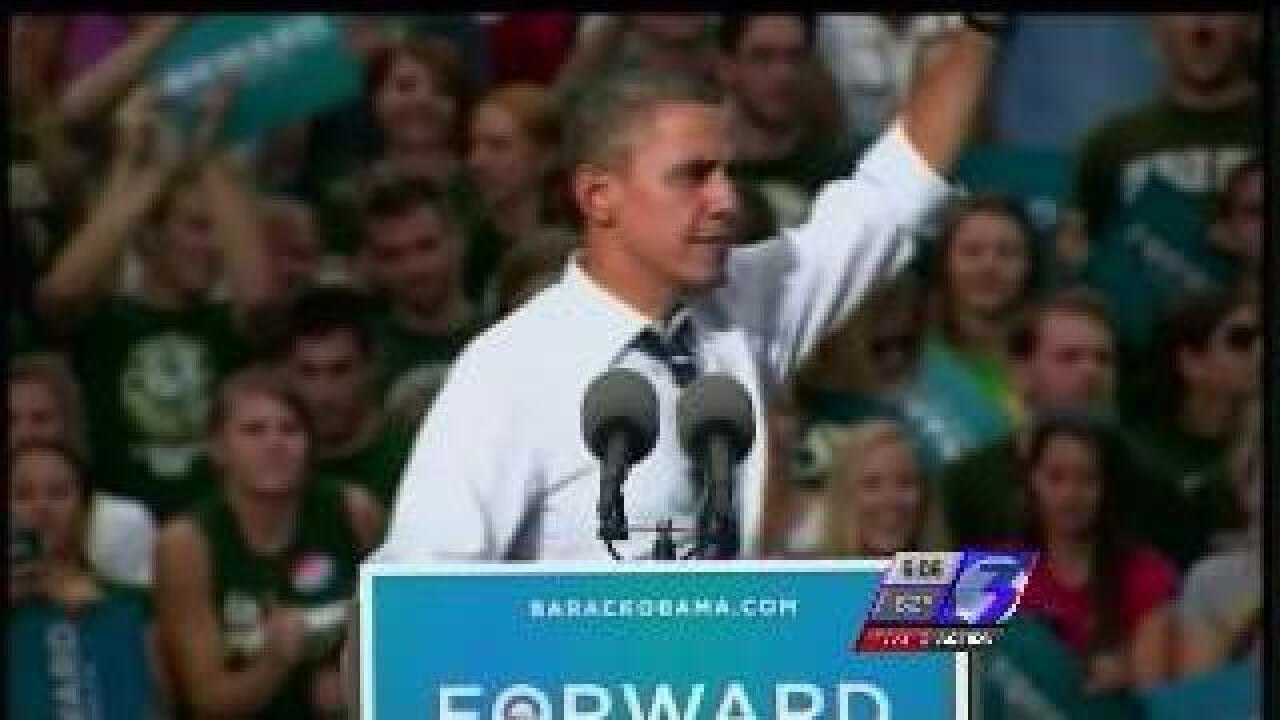 Norfolk, Va. - Inside the Norfolk State University Student Center Monday, Jordan Brown took a break from the books to help prepare for President Barack Obama’s visit to the campus.

He and other students decorated posters and put up campaign signs.

The President will be speaking at NSU Tuesday afternoon.  It’s his last stop before the Democratic National Convention.

“Everyone's really excited about it.  It’s the first time that I know of that he’s ever come to NSU, so we’re all just supporting him the best way we can,” said Brown.

According to the Obama campaign, the president will be focusing on the economy in his speech, specifically in regards to the middle class.

There's also speculation among students about other topics he might touch on.

“I hope he says something about the basketball team,” one student joked, referring to their upset in the NCAA tournament.  “Oh yeah he might mention Missouri,” Brown laughed, “cuz he definitely picked Missouri to beat us last year and he definitely busted his bracket.”

No matter what he talks about, it's the chance to see him in person that's a thrill for Chelsea Brooks.

“It’s basically like, just something that’s a dream brought into a reality, because you get to see somebody that you see on TV that you really strongly agree with, and now you get to see him [in person],” Brooks explained.

Over the weekend, people waited in long lines for the opportunity.

One of the ticket lines Saturday wrapped around the parking lot of the Obama campaign office in Norfolk.

Tickets were still available Monday, so George Gill got there early.

“I want to be a part of this history of America,” Gill said.

Others soon joined him in line.

“This’ll be my third time seeing Obama,” said another supporter.

The President will be speaking at Madison Hall Quad.  You must have a ticket to go.  Tickets are available until 7 p.m. Monday night at both distribution sites: the Norfolk campaign office which is at 100 W 20th St. and on the NSU campus at the McDemmond Center for Applied Research. Tuesday, tickets will be available from 7 a.m. until 10 a.m. only at the campaign office location.  Tickets are free and there is a limit of one ticket per person.

Tuesday, the public can start arriving on campus at 10 a.m. and the President is scheduled to speak around 12:30.