Virginia Beach, Va. - A peregrine falcon was re-released into the wild by the Wildlife Center of Virginia on Monday afternoon at First Landing State Park in Virginia Beach.

The falcon was first rescued in Virginia Beach in January 2012 after suffering an open wing fracture.

Veterinarians at the Wildlife Center operated to fix the fracture and the bird recovered at the Waynesboro, Va. facility.

The bird was banded and released in June at the Grandview Nature Preserve in Hampton.

On August 6, the same bird was recovered at the Virginia Beach Oceanfront after a storm knocked it into the windows of a hotel.

The bird was found soaking wet on a balcony of the hotel and was re-admitted to the Wildlife Center the next day, where veterinarians found it hadn't suffered any major injuries.

They were able to identify it as being the same bird by a band on its leg. 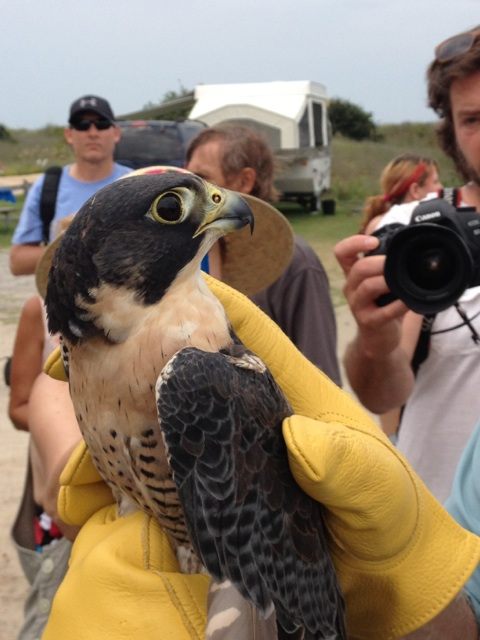 Wildlife Center President Ed Clark said "It weighed more when we took it back into captivity. That let us know it was thriving and well able to take care of itself."

About 100 people gathered Monday afternoon to watch the bird be re-released.