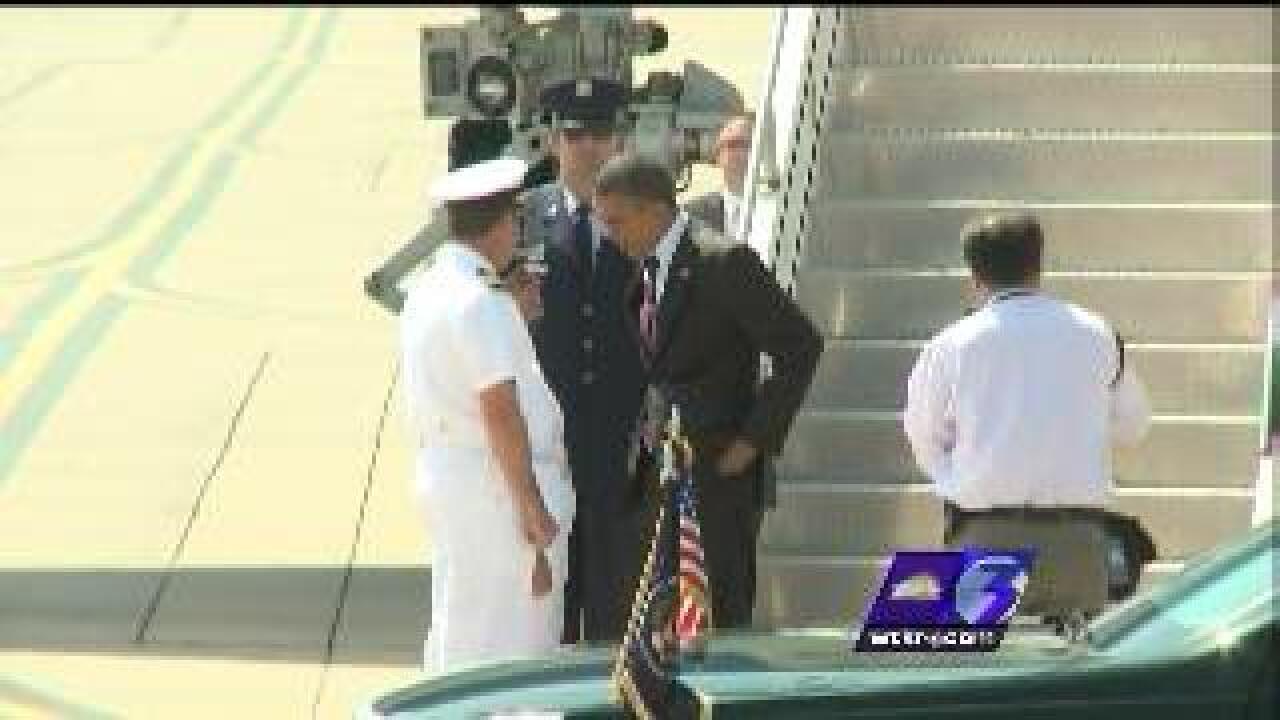 When President Obama stepped off the plane, Vice Admiral Michelle Howard and Captain David Culler were waiting to greet him.

Howard is the first African American female to become a three-star officer, command a U.S. warship or to command an expeditionary strike group at sea.

She exchanged coins with the president. She gave him the Military Challenge Coin for the US Fleet Forces Command.

It's tradition for the president to exchange his coin with military officials.